Syria Video: US VP Biden “Our Allies Were Our Biggest Problem. They Bolstered Extremists” 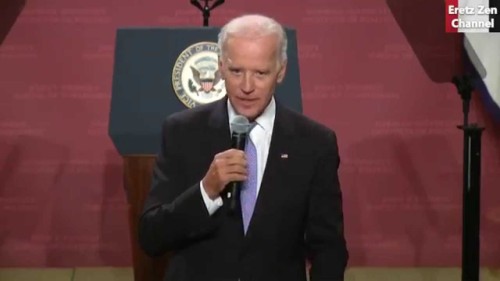 In an interesting defense of US policy and actions in Syria, Vice President Joe Biden has blamed Washington’s allies for the rise of extremism within the insurgency.

Biden spoke to an audience at Harvard University on Thursday.

Our allies were our biggest problem in Syria. The Turks, [who] were out great friends…the Saudis, the Emiratis, etc.

What were they doing? They were so determined to take down Assad and essentially have a proxy Sunni-Shia war — what did they do? They poured hundreds of millions of dollars, tens — thousands — of tons of weapons into anyone who would fight against Assad.

Except that the people who were being supplied were [Jabhat] al-Nusra and Al Qa’eda and the extremist elements of jihadis from other parts of the world.