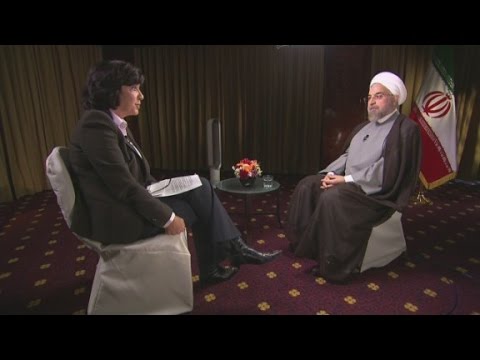 More than 130 Iranian reporters and editors have challenged President Rouhani in an open letter, demanding that he stop lying about the persecution of journalists in the Islamic Republic.

Rouhani pledged in his Presidential campaign last year to ease restrictions on media and to free political prisoners; however, the closure of newspapers and detention of journalists has continued.

Last week, while he was in New York for the UN General Assembly, Rouhani was asked in a CNN interview about Jason Rezaian, the Washington Post’s correspondent in Tehran who was arrested in July with his wife and fellow journalist Yeganeh Salehi.

Rouhani replied, “I do not believe that an individual would be detained or put in prison for being a journalist.”

Since the disputed presidential election in 2009, almost 300 journalists have been arrested.

The full letter, posted on IranWire:

When you came to power in June 2013, you promised that you would create a more secure working environment for journalists and the media in our country.

Once again, in February 2014, you reminded the citizens of Iran of your election promises, stating that journalists should be entitled to greater security while doing their jobs. You said that shutting down a newspaper is not the right way to warn those who may have infringed on the law.

We, the undersigned, hoped you would take serious and practical measures to fulfill your promises. Yet more than a year after resuming office, the demands and expectations of journalists have not been realized. In fact, in an interview with CNN’s Christiane Amanpour, you denied that there was anyone in jail in Iran for their work as a journalist.

You were once critical of President Mahmoud Ahmadinejad’s administration and its habit of concealing and denying the truth. Your recent denial that a problem even exists echoes this sentiment, and remind us of its impact.

We, the undersigned journalists, believe that it is unethical, unprofessional and insulting to deny the fact that, today, many journalists remain in prison in Iran for doing their jobs. Moreover, a number of journalists have been imprisoned during your presidency.

In our country, security agents regularly imprison journalists, denying them their basic rights simply for carrying out their duty: to inform the public. As the head of the executive branch, and as the second highest official of the land, whose responsibility includes supervising the execution of the constitution by different branches of the government, it is your duty to improve the situation of Iranian journalists.

At the very least, we expect you to correct your false statement concerning imprisoned journalists in Iran. But we hope for more, and we ask you to fulfill your promises to create a more secure environment for journalists in our country.