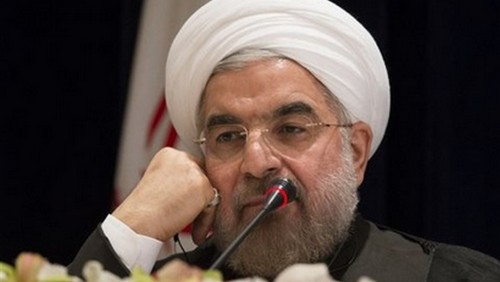 Linking his promotion of Iranian leadership of any regional campaign against “terrorism” with his engagement of Gulf States, President Rouhani has spoken with the Emir of Qatar.

Rouhani told Sheikh Tamim bin Hamad Al Thani on Saturday, “All of us should make continuous efforts to prevent bloodshed among Muslims, particularly during the blessed days and the Sacred Islamic Months. The region is going through a difficult stage.”

The Iranian regime is trying to counter US intervention against the Islamic State in Iraq and Syria — as it bolsters the the Syrian regime of President Assad — with the insistence that only regional states should be involved in the effort.

Qatar is seen as a key bridge to other Gulf States, notably Saudi Arabia, in that effort. Rouhani also spoke with the Emir in July, and the Foreign Ministry has pursued consultations with Doha.

Rouhani pressed the case against the US intervention on Saturday, implicitly backing the Assad regime’s demands that it be consulted and that Washington and its allies should end support of insurgents: “Fighting terrorism should not undermine the national sovereignty of other countries, saying that any military action against any country without coordination with the government of that nation will increase instability.”

Qatar has been a leading backer of the Syrian insurgency since the escalation of the conflict in 2011.

And the Qatari reaction? Iranian State media gives little indication: “The Emir, for his part, urged vigilance to solve very serious problems in the region.”

Journalist Bahman Ahmadi Amoui was released from prison on Saturday after completing a five-year sentence.

Ahmadi Amoui was greeted by his wife and fellow journalist, Jila Bani Yaghoub, who was arrested with her husband in December 2009 and eventually served a one-year sentence.

The two were charged with “acting against national security” and “propaganda against the regime” for their reporting and publications. 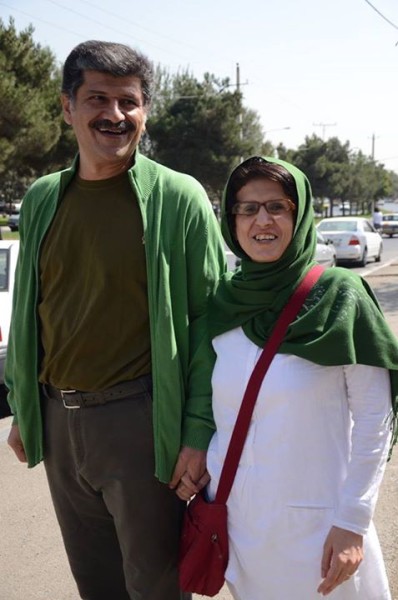