BBC Radio: The Questions About the US Attacks 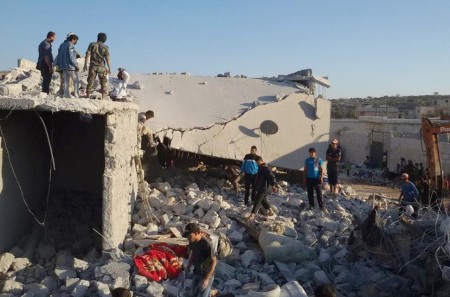 Analyst Nervana Mahmoud and I spoke with BBC Radio 5 Live on Tuesday afternoon about the US attacks inside Syria.

The discussion took place before revelations of the American strikes on insurgents, causing civilian deaths, but those development only reinforce the issues and questions in this interview.

If you arm the insurgents against the Islamic State, do you also accept that they are going to use those weapons to fight the Assad regime?…

The discussion also considers the likelihood of Britain joining the American attacks.