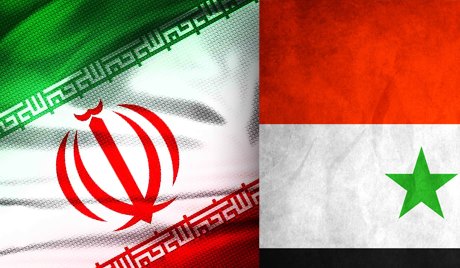 LATEST: Obama’s Message in UN Speech to Iran’s Leaders — “Do Not Let This Opportunity for Nuclear Deal Pass”

Ayatollah Khamenei met high-ranking military and police officials as part of the commemoration of the 1980-1988 war with Iraq. He said:

“The Iranian nation’s resistance pushed many international figures to come to believe in mighty defense with empty hands,” he added.

UPDATE 1330 GMT: After their initial caution over the US airstrikes in Syria, some key Iranian officials have renewed their criticism of Washington.

Speaker of Parliament Ali Larijani chided the US on Wednesday, “You have created and supported terrorists [in Syria] and don’t allow the central government to fight them”.

He said the US claim that it would degrade the Islamic State was “a ridiculous political joke”, as he warned that airstrikes would kill or displace civilians and foster, rather than diminish, “terrorism”.

The Secretary of the Expediency Council, Mohsen Rezaei, told reporters:

We suspect the US intentions, the coalition and its formation….

They either do not want or they cannot destroy the Islamic State, and on the other hand they want to interfere in internal affairs of Syria and Iraq.

Faced with the reality of US attacks inside Syria, Iran’s top officials — including President Rouhani and Foreign Minister Mohammad Javad Zarif — moved cautiously on Tuesday.

Since the US intervention in Iraq against the Islamic State on August 8, Iranian officials have loudly denounced the Americans, to the point of claiming that Washington created the jihadist threat which it was now attacking.

The campaign has increasingly been linked to Iran’s position with its Syrian ally Bashar al-Assad. Tehran implied that if the US wanted its support over Iraq, then the Americans had to drop their support of the Syrian insurgency.

A “senior Iranian official” said Tuesday that the US had informed Tehran of the imminent attacks inside Syria on the Islamic State. He said the Islamic Republic voiced its concern that the American missiles and bombs not hit Syrian forces:

Iran was concerned about Assad’s position and his government being weakened in case of any action against the Islamic State in Syria and brought this issue up in meetings with Americans.

This issue was first discussed in Geneva [on the sidelines of talks about Iran’s nuclear program earlier this month] and then was discussed thoroughly in New York [where US and Iranian officials are attending the UN General Assembly].

Iran was assured that Assad and his government will not be targeted in case of any military action against Daesh [Islamic State] in Syria.

We communicated our intentions, but not specific timing or targets, to the Iranians. As we’ve said, we won’t be coordinating military action with Iran. And of course we won’t be sharing intelligence with Iran either.

President Rouhani, in New York for the UN meetings, tried to build up Tehran’s role in discussions about Syria: “Iran is an influential power in the region and the West must understand this reality.”

The President did challenge the US intervention in a conference with American journalists: “Is it not paradoxical that a country says it wants to fight a terrorist group in Syria but on the other hand creates armed terrorist groups to fight the central government?”

He warned that such an approach will “definitely not end in success”. Instead, stability should be restored in the country, “which is not possible without helping the central government”.

Foreign Minister Zarif, who had been increasingly critical of the Americans over Syria in the past week, was measured in his response on Tuesday.

Zarif saw the UN special envoy on Syria, Staffan de Mistura, and then said, “The fight against terrorism, whose priority has always been stressed by the Islamic Republic of Iran, has today turned into a priority for the international community.”

Obama’s Message in UN Speech to Iran’s Leaders: “Do Not Let This Opportunity for Nuclear Deal Pass”

President Obama has briefly referred to Iran, in the context of its nuclear program, in his speech to the UN General Assembly on Wednesday:

America is pursuing a diplomatic resolution to the Iranian nuclear issue, as part of our commitment to stop the spread of nuclear weapons and pursue the peace and security of a world without them. This can only happen if Iran takes this historic opportunity. My message to Iran’s leaders and people is simple: do not let this opportunity pass. We can reach a solution that meets your energy needs while assuring the world that your program is peaceful.

Obama did not mention Iran with respect to the Iraq and Syria crises and the campaign against the Islamic State.

In the first face-to-face discussion between British and Iranian Heads of Government since 1979, President Rouhani has met Prime Minister David Cameron in New York: 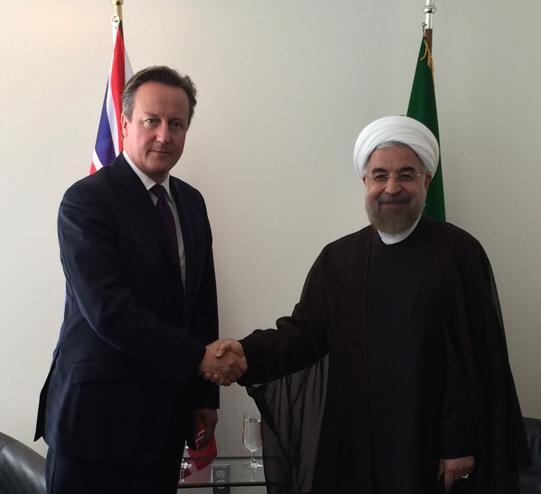