Syria Video Analysis: US Declares War on Islamic State — But Will It Fight Alongside Assad or Insurgents? 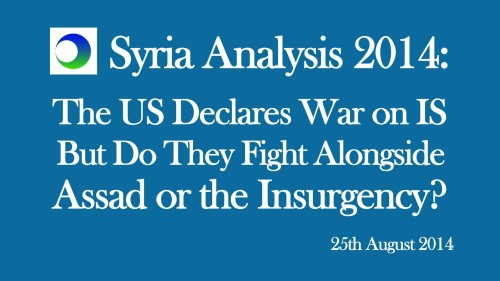 America’s political and military leaders have said that the US must confront the Islamic State in Syria as well as in Iraq, but does that strategy mean cooperation with the Assad regime or with the insurgents?

Does the US even have a strategy?

But the US has wavered on this for years, because its own mantra of “extremists” — a catch-all term for many fighters in the insurgency — has bitten it in the backside….

So what about allying with the Assad regime against the Islamic State?