BBC Radio: Can the Islamic State — & Its British Fighters — Be Stopped? 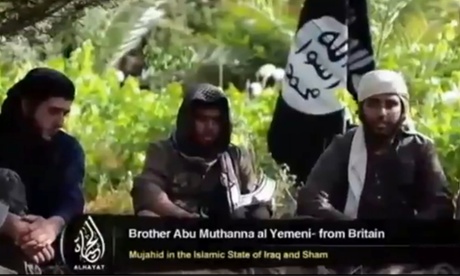 In the aftermath of the murder of American journalist James Foley, I spoke with BBC West Midlands on Thursday about the Islamic State and its British fighters.

The conversation considered whether the flow of Islamic State recruits from Britain can be started, but it also took on wider questions:

1. Will the Islamic State’s PR strategy of executions, including beheadings, be successful?

2. Are the numbers of foreign fighters in the Islamic State overestimated?

I don’t think we know. There’s more propaganda than reality around the numbers. There’s a ‘monitoring group’ that says there are 50,000 fighters in the Islamic State in Syria — there’s no way to verify that.

3. Can the foreign fighters and the Islamic State be stopped?