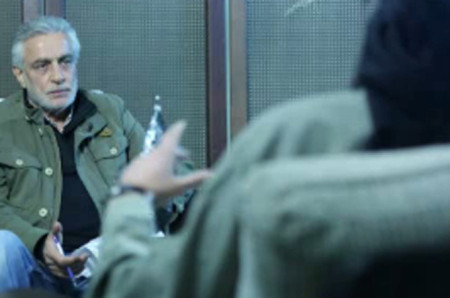 A Police Force in Insurgent-Held Areas of Aleppo

The Islamist faction Jabhat al-Nusra has denied that its leader, Abu Mohammad al-Joulani, declared an Islamic Emirate in a speech to fighters last week.

On Friday, an audio claiming to be of Joulani’s statement, enthusiastically cheered by his men, circulated on social media. The leader supposedly said that an Emirate would implement sharia law, with courts formed within a week. It would confront foes such as the Assad regime, the Islamic State — which declared a Caliphate two weeks ago — and the Turkish-based Kurdish group PKK.

However, last night Jabhat al-Nusra said that it had not proclaimed the Emirate. It intended to do so, but would only act when the ulema (Islamic scholars) agreed. Meanwhile, it would establish the role of the judiciary, security forces, and public services in an Islamic system.

Jabhat al-Nusra called for unity against the threat of the Islamic State, with whom it broke in spring 2013, and the Assad regime. It said it “will not allow one to reap the fruits of jihad and other projects undertaken through the blood and the sacrifices of the Mujahideen”.

One of a series of photos of al-Joulani’s meeting with Jabhat al-Nusra fighters: 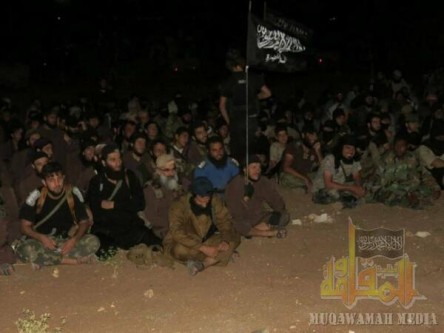 Jabhat al-Nusra has denied that it joined a new insurgent force for the defense of opposition areas of Aleppo:

We deny any relation to the circulating document stating the formation of a military force to save Aleppo along side the mentioned groups.

The denial is probably more a public-relations move than a reflection of military reality, as Jabhat al-Nusra continues to cooperate with other insurgent factions.

However, the Islamist group’s accession to a public statement — alongside the US-favored “moderate” Free Syrian Army and factions such as Harakat Hazm — would further complicate chances of Western military assistance.

The National Defense Forces put out a video of their “tightening of the ring” around Salma and other insurgent-held areas of Latakia Province in western Syria:

Insurgents lost most of the territory they gained in Latakia in a spring offensive; however, they still retain control of a series of towns and villages in the north of the province.

Continuing their offensive in Quneitra Province in southwest Syria, insurgents claim the “liberation” of the village of Saraya al-Halabi, near the Golan Heights and the demilitarized zone with Israel:

Opposition fighters have seized most of Quneitra and Daraa Provinces since the start of this year.