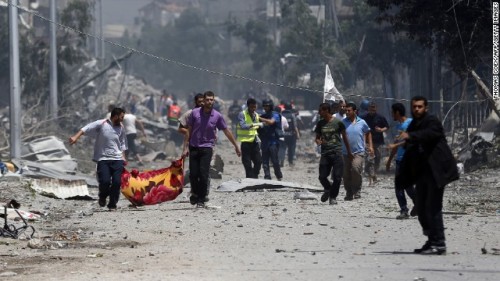 UPDATE 1845 GMT: A series of diplomatic maneuvers are seeking a convergence of the Israeli-supported and Hamas-supported plans for a ceasefire.

For a week, Egypt has put forward a ceasefire initiative supported by Israel, but Hamas has rejected it for not dealing with political and economic conditions in Gaza.

On Monday, three senior Egyptian officials indicated that they might be willing to amend the proposal to meet some of Hamas’ conditions, which include an end to the Israeli blockade on Gaza, recognition of Palestinian fishing rights to 12 miles off the coast, and release of detainees seized in the West Bank.

“Egypt does not mind adding some of Hamas’s conditions provided that all involved parties approve,” one of the officials said.

The change in the Egyptian stance followed a meeting between Palestinian Authority leader Mahmoud Abbas and Hamas leader Khaled Meshaal in Qatar. A member of Abbas’s staff said the discussion was “good and important”. The two men confirmed their interest in Egyptian mediation, and a Fatah senior official has been sent to Cairo.

Palestinian said the Abbas-Meshaal offer will be presented to the Arab League, the Secretary-General of the United Nations, and US Secretary of State John Kerry, who is en route to Egypt.

In Washington, President Obama appeared to mitigate his staunch support of Israel, saying he had instructed Kerry to push for an immediate cease-fire. While expressing concern over the loss of life on the Israeli said, Obama said, “We don’t want to see any more Palestinian civilians killed.”

See also Gaza Video: US Briefly Drops Its Mask – “Hell of a Pinpoint Operation” by Israel

UPDATE 1725 GMT: The Israel Defense Forces say seven troops were killed on Monday, bringing the total to 25 since the ground invasion of Gaza last Thursday.

Thirty troops have been injured in the past 24 hours, three of them seriously.

IDF officer just out of #Gaza "I've been in Shujaiyeh before but it was never like this. #Hamas are fighting like Hezbollah"

UPDATE 1325 GMT: Four people have been killed and dozens injured in an Israeli attack on the Al-Aqsa Martyrs Hospital in Deir al-Balah.

A spokesman for the Ministry said the third floor, with an intensive care unit and operating rooms, was hit. Other shells fell around the hospital.

It is unclear whether the hospital was hit by an airstrike, artillery, or tank fire. Staff said no warning was given.

Four Gazan hospitals have now been damaged since Israeli attacks began on July 8.

Officials calling on the Red Cross to help evacuate patients. The Director-General of the hospital, which serves 200,000 people, told the Guardian that 16 were hurt by the assault:

listen to ‘16 patients injured in attack on Gaza hospital, its director claims’ on Audioboo

Fikr Shalltoot, director of programmes at Medical Aid for Palestinians in Gaza City, said after a conversation with her nephew, a doctor at the hospital:

It is not realistic that they can do any military activity in this hospital….

If it was one (shell) people would think it was a mistake. But if they are targeting it by more than one tank shell this is not a mistake.

It is very strange that they are hitting a hospital without a previous warning.

UPDATE 1155 GMT: Israeli Prime Minister Netanyahu has repeated his intention to expand military operations, while maintaining the official line that the invasion is primarily to destroy tunnels from Gaza into Israel:

PM Netanyahu:The operation will be expanded until the goal is achieved – restoring quiet to the citizens of Israel for a long period of time

PM Netanyahu: I am impressed by the operation to hit the tunnels; it is achieving results beyond what we expected.

UPDATE 1145 GMT: The US State Department has confirmed Israel’s announcement that two American citizens were among 13 Israeli soldiers killed on Sunday. 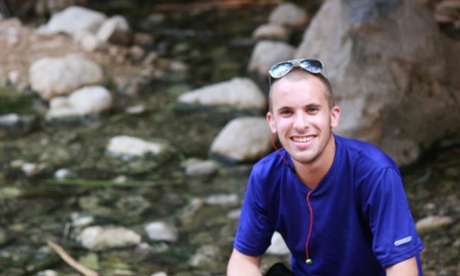 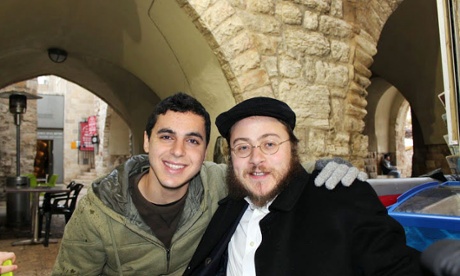 In a phone call to Israeli Prime Minister Benjamin Netanyahu on Sunday night, Obama say the US would work with other for an immediate ceasefire; however, he did not insist on a halt to Israel’s airstrikes and ground operations. Instead, the President cast blame on Hamas for the violence and “reaffirmed Israel’s right to defend itself”.

The full White House statement on the phone call:

President Obama and Prime Minister Netanyahu spoke again this morning by phone, their second call in three days to discuss the situation in Gaza. The President discussed Israel’s ongoing military operation, reiterated the United States’ condemnation of attacks by Hamas against Israel, and reaffirmed Israel’s right to defend itself. The President also raised serious concern about the growing number of casualties, including increasing Palestinian civilian deaths in Gaza and the loss of Israeli soldiers.

President Obama informed the Prime Minister that Secretary of State John Kerry will soon travel to Cairo to seek an immediate cessation of hostilities based on a return to the November 2012 ceasefire agreement. The President underscored that the United States will work closely with Israel and regional partners on implementing an immediate ceasefire, and stressed the need to protect civilians—in Gaza and in Israel.

Latest casualties included 25 killed in the Abu Jama’a family compound in Khan Yunis, and 11 killed — including 7 children and 2 women — and 25 wounded in the bombing of the Siam family house in northwest Rafah.

UPDATE 0933 GMT: Defense Minister Moshe Ya’alon told a Knesset committee on Monday that more than 2,700 targets have been attacked, including rocket-launchers, homes of Gazan leaders and fighters, and tunnels.

Ya’alon said the operation will continue “as long as necessary”, with the call-up of more reservists, “until calm is restored”.

The Israel Defense Forces claimed two groups of Gazan fighters infiltrated southern Israel near a kibbutz through a tunnel in northern Gaza.

The IDF said one group fired an anti-tank missile at an army vehicle before 10 fighters were killed. The Israeli Air Force hit the second group.

More than 100 people in Gaza were killed by Israeli bombardment, including 67 in the town of Shaja’ia, on Sunday in the deadliest 24 hours of the 13-day conflict.

Peter Beaumont of The Guardian saw the aftermath of the 12-hour assault on Shaja’ia, east of Gaza City:

An ambulance sat on shot-out tyres, shrapnel punched through its sides. A charred car lay flattened as if by a giant hand. Smoke rose from one end of the street in a dark billowing curtain.

Fallen trees, tangled electricity cables and drifts of rubble covered the road, smashed, chopped and torn apart by Israeli shells and bombs that slammed into this Gaza City district at a rate of one every five seconds on Saturday night and the early hours of Sunday.

A body was carried out of a ruined house, then a second and a third – seven in total from buildings within a hundred metres of each other during a brief agreed lull in the fighting to evacuate the dead and wounded. A little further along, bodies lay in the street where they had fallen, mostly scorched figures – one still in a yellow dressing gown – others missing limbs.

Israel finally agreed to a ceasefire during the afternoon so bodies could be collected safely — earlier in the day, paramedics had been among casualties as ambulances were hit by shells.

The Israeli Defence Forces maintained that Shaja’ia had been a center of attacks upon Israel, with more than 140 rocket launches during the conflict and more than a dozen tunnels for infiltration by fighters across the border.

However, journalists who reached the town, as well as reporters and doctors at al-Shifa Hospital in Gaza City, said that civilians had borne the burnt of the protracted assault. The IDF implicitly acknowledged this by insisting that they had warned residents for two days of the impending attack and told them to evacuate.

More than 460 Gazans have been killed since the Israeli attacks began July 8, with more than 2,600 wounded.

Prime Minister Benjamin Netanyahu said on Sunday night in a televised statement that Israel’s invasion would be “extended as necessary”, despite the reports from Shaja’ia. He maintained that international support was with West Jerusalem, as it had accepted initiatives for ceasefires on three occasions.

Netanyahu also marked Israel’s most costly day in the conflict so far, with 13 soldiers killed in fighting inside Gaza. All the casualties were from the Golani Brigade — seven of them dying in an RPG attack on their armored personnel carrier, and the others killed while setting up positions in houses.

The Prime Minister told the nation, “There is no war more just than the one in which your sons, our sons, have bravely fallen.”

Eighteen Israel troops have been killed since the invasion on Thursday. Two Israeli civilians have died from Gazan rockets across the border.

President Obama, while expressing concern about the deaths on both sides, maintained US support for Israel’s “right to self-defence” in his second phone call to Netanyahu in three days.

Obama continued to blame Hamas for the violence, condemning its rocket attacks on Israel.

The United Nations Security Council, meeting in emergency session on Sunday night, expressed “serious concern about the growing number of casualties” and “called for an immediate cessation of hostilities”.

Speaking for the Council, Rwanda’s representative said they “called for respect of international humanitarian law including protection of civilians” and “emphasized the need to improve the humanitarian situation, including through humanitarian pauses”.

The US agreed to the statement after Arab states threatened to push for a resolution in the meeting, requested by Jordan.