Iraq and Syria Q&A: Where Does Islamic State Gets Its Funds? 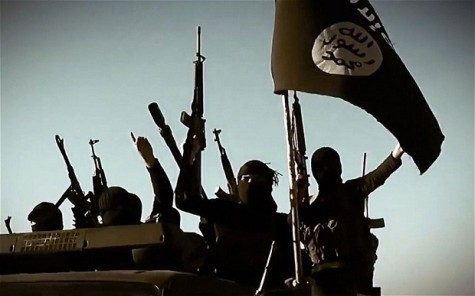 Musings on Iraq speaks with Patrick Johnston of the RAND Corporation, who has been reviewing documents on the finances of the Islamic State’s predecessor, Al Qa’eda in Iraq, from 2005-2010.

See Iraq Analysis: “Who Funds the Islamic State of Iraq?” — The Surprise Answer

Since 2003 the U.S. has captured thousands of papers from the Islamic State’s predecessors in Iraq. What do all those documents say about the group’s organization?

JOHNSTON: They reveal both a great deal of complexity but also a very well organized terrorist outfit. AQI and ISI (the Islamic State) were both dynamic organizations. They were similar in some ways, such as their looting and targeting of the Iraqi Shia population and their emphasis on establishing bureaucratic structures intended to foster the administrative requirements of an Islamic state.

But as the war changed, so did AQI and ISI. As ISI was increasingly pushed into northern Iraq by heavy U.S. and Iraqi military pressure, it adapted to the environment and successfully pursued new sources of financing that helped it remain viable and resilient despite heavy leadership losses. AQI and ISI’s adaptability to a wide range of different challenges, while maintaining a significant amount of organizational continuity, shows how well-institutionalized its basic organizing principles and standard operating procedures were.

Al Qaeda in Iraq (AQI) started as Tawhid wal Jihad, which Abu Musab al-Zarqawi founded in the 1990s with a loan from Osama bin Laden. When he came to Iraq he relied upon his network throughout the Middle East and Europe and foreign fighters to finance his operation. Then in 2004 Zarqawi pledged allegiance to Al Qaeda central, which brought in new sources of funding from places like the Persian Gulf. Today this image persists that the Islamic State (IS) gets most of its money from places like Kuwait and Saudi Arabia. What do the captured AQI documents say about where it was getting most of its money from?

JOHNSTON: My RAND colleagues and I have analyzed several large volumes of AQI and ISI financial documents from AQI’s zenith in Anbar to one of the ISI’s lower points in Mosul in 2008-09. What’s striking in the documents is how self-sufficient the organization remained throughout. In 2005 and 2006, it was generating the bulk of its funding from stolen goods and vehicle sales. By 2009, the majority of its funding came from mafia-style protection rackets it ran against contractors of local projects and from extorting the oil sector.

There is no indication from the documents that AQI or ISI ever relied heavily on outside financing. But it’s possible that has changed. The documents I’m analyzing only run through 2010. More research on subsequent years is possible, and it’s work I hope to do next.

Another common argument is that Iraqis joined the insurgency because of the lack of jobs and a steady income. Was that true for members of AQI?

JOHNSTON: My colleagues and I have done extensive research on this question; the answer is unequivocally “no”. We’ve published two studies that focus partly or solely on the economics of how AQI and ISI compensated its members. Each time we analyzed new sets of documents from AQI or ISI elements operating in different governorates at different points in time. What remained a constant was that AQI and ISI paid their members astonishingly low wages. Especially considering the degree of personal risk assumed by joining AQI/ISI. To put it in perspective, AQI/ISI tended to pay members about a third of what an experienced bricklayer could expect to earn in Baghdad.

So to get back to your question, no, the documents strongly suggest AQI members did not join for the money. In fact, AQI/ISI might have kept wages intentionally low partly to deter potential recruits interested in a livelihood but not in committing fully to their cause.

Like many underground groups AQI is broken up into cells. How did these small units contribute to the central leadership?

JOHNSTON: Sector AQI units would set up “mini-AQI/ISI emirates” at the local level that were structured almost identically to the group’s hierarchical, bureaucratic structures at higher levels. These structures were also similar to core al-Qa’ida’s. The documents show that support went both ways: local AQI sectors were expected to send a standard 20 percent of each month’s revenue to the provincial AQI headquarters; the provincial level administrators tended to reallocate these funds rapidly to sectors in their province that needed the support or to funding to maintain a high ops-tempo.

You found that even during the Surge in 2007 the group was able to increase its fundraising. How was it able to do that while many of its members were being rounded up or killed, and how did it use money to try to maintain its operations and counter the Americans?

JOHNSTON: Two main things: AQI/ISI’s structures and capabilities are highly bureaucratic and are well institutionalized. So as an organization, it was fairly resilient to the degradation wrought on its senior leadership by U.S. and Iraqi countermeasures, even though its violence levels declined.

After the Surge was over IS started the slow process of rebuilding its cadres, which allowed it to eventually recover and launch its current offensive. What role did the steady flow of money from places like Mosul play in this reconstruction of its network?

It played a key role. Rebuilding an organization as capable as the Islamic State is now — both in Iraq and Syria — would not likely have been possible without access to financial resources like Mosul has offered them.