Syria Video Analysis: How to Turn The Conflict into “The Next 9/11” 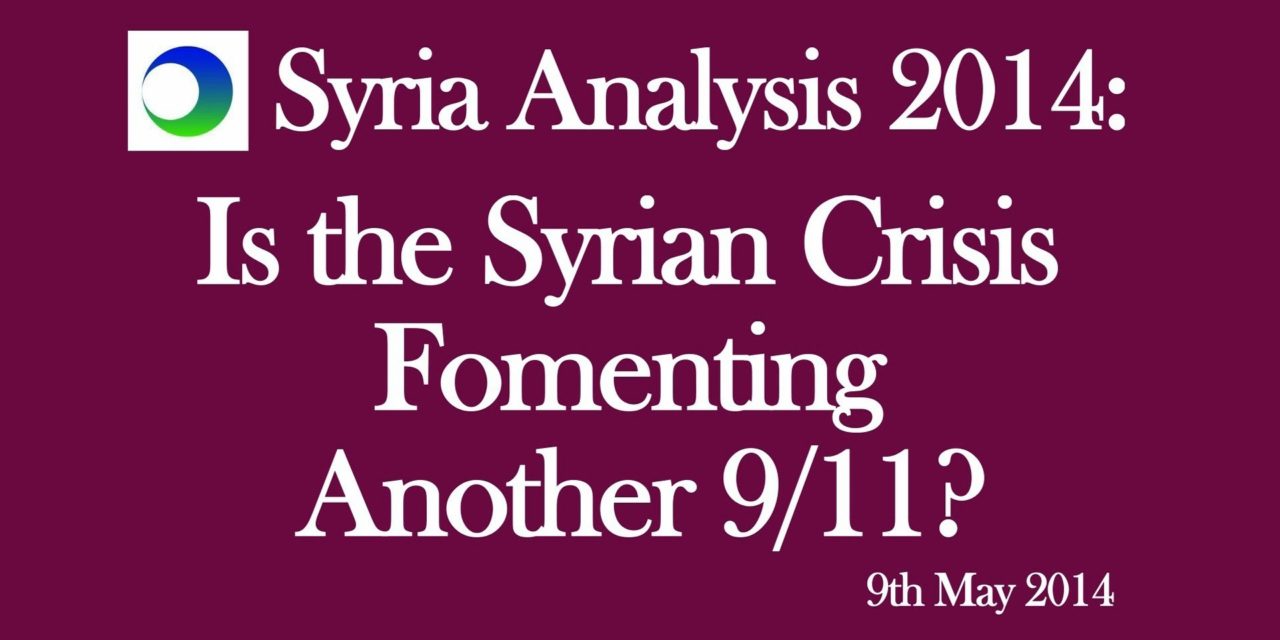 A case study — courtesy of Patrick Cockburn of London’s The Independent — on how to reduce Syria’s conflict to “the next 9/11”, erasing all Syrian opposition except for “extremists” and “jihadists” bent on destroying the “West”:

This is a simple narrative of how the conflict is not about barrel bombs, chemical weapons, or the tens of thousands of Syrians who have died and continue to die….

This is a narrative that, if we don’t have President Assad, we are in a future which is not really about Syrians. It’s about “us”. It’s about Twin Towers being attacked. It’s about underground stations being assaulted. It’s about dirty weapons, chemical weapons — not those of the Assad — but those of these jihadists who will strike us and laugh us because we supported them.

It is a crude portrayal, but an effective one.