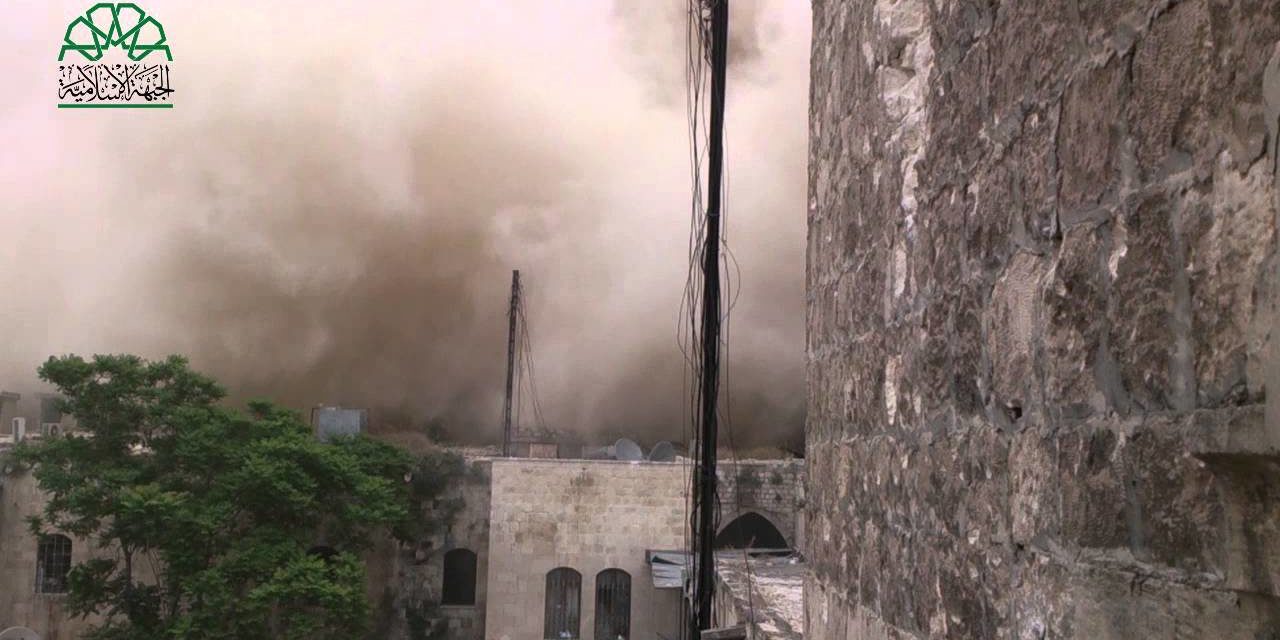 Insurgents have blown up a major hotel and and several buildings near the Aleppo Citadel, claiming they were used by the Syrian military.

Fighters detonated a bomb placed in a tunnel beneath the Carlton Citadel Hotel. Opposition activists said Syrian troops and militia had been killed — EA sources put the number at more than 50.

State news SANA acknowledged the blast without saying if there had been any casualties.

The hotel is inside a 150-year-old building that faces the entrance of the 13th-century Citadel.

The remnants of the hotel:

Insurgents have constructed underground tunnels to carry out a series of large detonations against military targets in Aleppo and other cities.

Film of the tunnelling operations under the Carlton Citadel:

Earlier this week insurgents used a 300-meter tunnel, dug over 50 days, to damage a major regime base at Wadi al-Dheif in Idlib Province in northwestern Syria.

In Aleppo, insurgents have been pressing regime forces, who hold the western half of Syria’s largest city, with attacks on the Citadel throughout 2014.

An assault in mid-April: