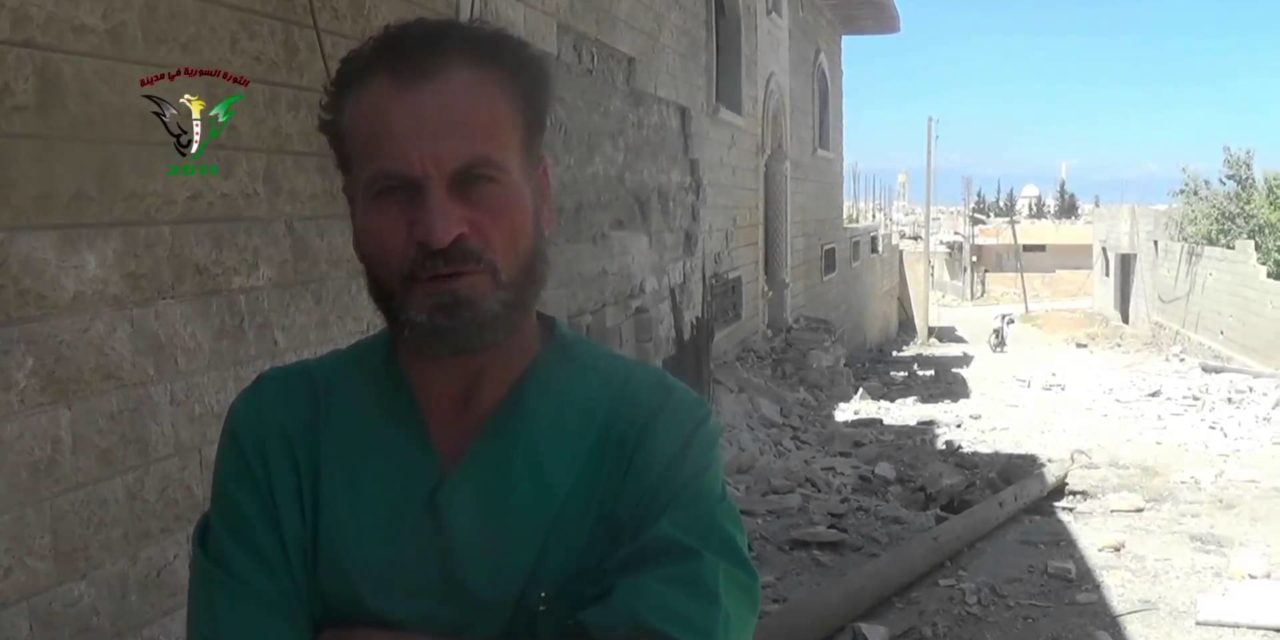 Speaking on BBC Radio this morning, an unnamed doctor has said that at least two people were killed — an old man of about 60 and a 14-year-old — and about 25 were wounded in the one of the Assad regime’s latest attacks with chlorine gas.

The attack was on Kafrzita in Hama Province, which was also struck on at least two occasions in April. The doctor spoke at least five attacks on Kafrzita and Talmenes to the north since April 11.

The doctor said residents now have to expect a chlorine assault, which causes breathing problems, every time that a helicopter drops a bomb. He said he knew of more than 1000 casualties, and had personally treated more than 20 critically wounded.

The regime has been using the chlorine canisters, dropped in barrel bombs, as it faces difficulties in taking nearby Morek — a key point on the main highway from Hama to Idlib and Aleppo Province in northwest Syria.

The doctor told the BBC that he had not been contacted by the Organization for the Prohibition of Chemical Weapons, which has been based in Damascus as it oversees the Assad regime’s handover of chemical weapons stocks — he said he believed the OPCW had missed the opportunity to provide a reliable account of the weeks of chlorine attacks.

He appealed to the international community for help with protective equipment for medical staff treating victims.

Asked if he ever felt like giving up and leaving Syria, the doctor replied:

We never give up. People inside Syria are our people. If we just give up as doctors, nobody will help them.

A doctor speaks on Wednesday about that day’s attack on Kafrzita: