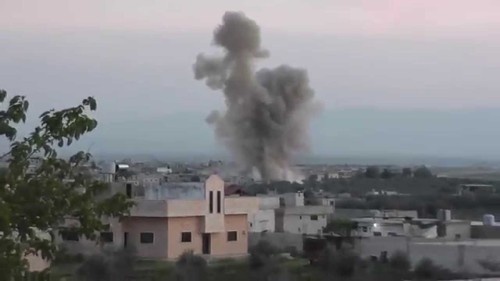 On Saturday, we compiled videos of a claimed chemical attack on Kafrzita in Hama Province, probably from this airstrike and its “yellow-tinged cloud”:

To our surprise, Syrian State media admitted the attack, although they claimed — despite the airstrike — that it was the Islamist faction Jabhat al-Nusra Front who was responsible, using chlorine gas that killed two people and injured more than 100.

Now Eliot Higgins, on his Brown Moses blog, puts together audio-visual and photographic evidence. His conclusion is that, even as the Assad regime claims it is shipping out its chemical weapons for destruction, only the Syrian military could have carried out Friday’s attack with “poison gas”.

Videos and photographs from Kafr Zita provides evidence that Chlorine gas was in fact used, with the following video showing the container supposedly used in the attack: 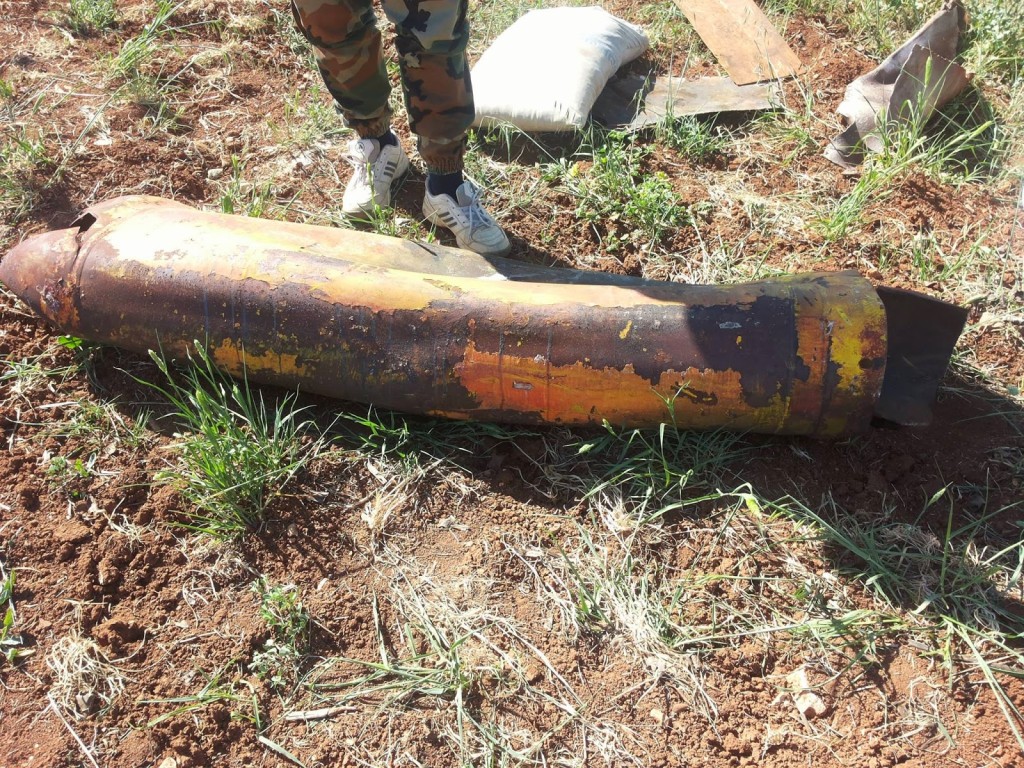 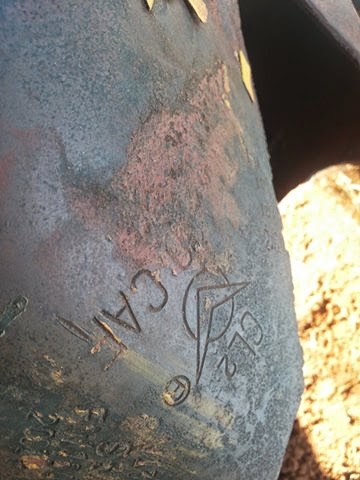 The markings, CL2, indicate the container has Chlorine gas inside it, with the name of the Chinese company Norinco also visible. “Bar” is a reference to pressure, so it seems extremely likely this was a cylinder containing Chlorine gas.

In the videos and photographs this is specifically described as being dropped from a helicopter. Again, there’s no evidence of Jabhat al-Nusra have a helicopter, and considering Kafr Zita has been the focus of Syrian military activity for the past weeks (including the first deployment of BM-30 launched cluster munitions) it seems unlikely the Syrian military would have missed a mystery helicopter flying overhead.

The remains of a barrel bomb which carried a cylinder:

One has to ask how Syrian State TV could state Chlorine was used without access to the site, a pro-opposition area. And one also has to wonder how much State TV’s claims about Jabhat al-Nusra are influenced by Seymour Hersh’s recent claims that the Islamist faction was responsible for the August 21st Sarin attack.

Some reports are suggesting the chlorine cylinder is from another attempted attack last night, not the earlier chlorine attack