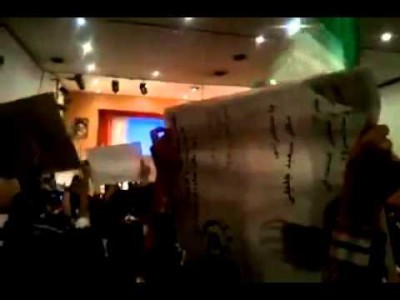 Video has been posted of a challenge by students on Monday to Iran’s hardline officials, including former nuclear negotiator Saeed Jalili.

Jalili, who ran for the Presidency in 2013, was speaking at a “nuclear celebration” at Amir Kabir University in Tehran.

Students of the Basij militia filled the front rows of the audience to raise posters and banners critical of a “soft” approach in nuclear talks with the 5+1 Powers.

However, students further back began to chant for cultural openness and nuclear engagement. THey sang songs and shouted slogans as Jalili tried to speak, calling for the release of opposition leaders Mir Hussain Mousavi and Mehdi Karroubi from strict house arrest.

Mousavi, Karroubi, and Mousavi’s wife, activist Zahra Rahnavard, have been detained since February 2011. 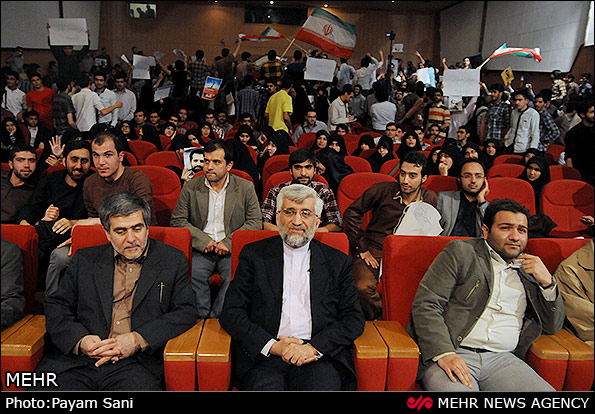 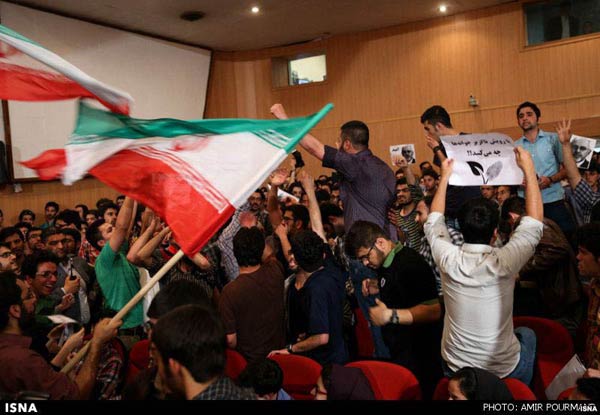 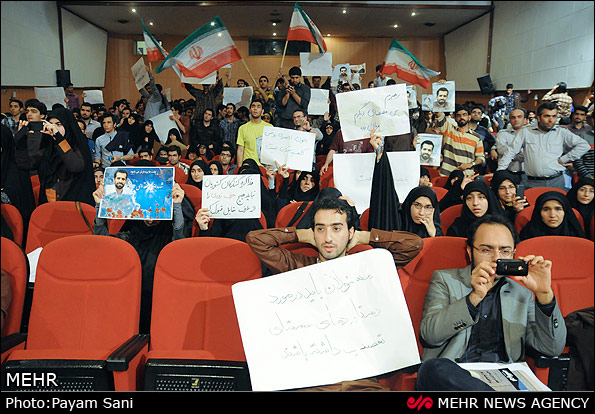 Clashes then broke out among the students. 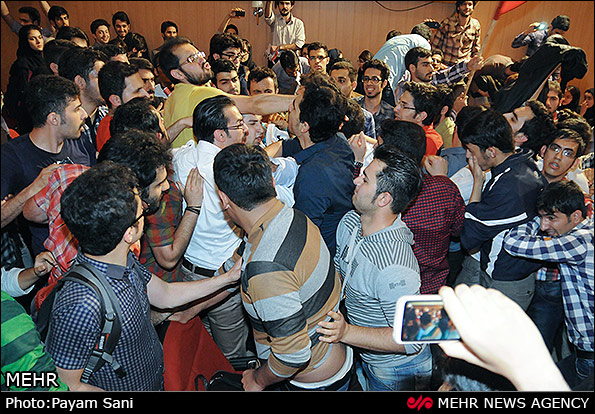