Syria Video Analysis: No One is “Winning” The War 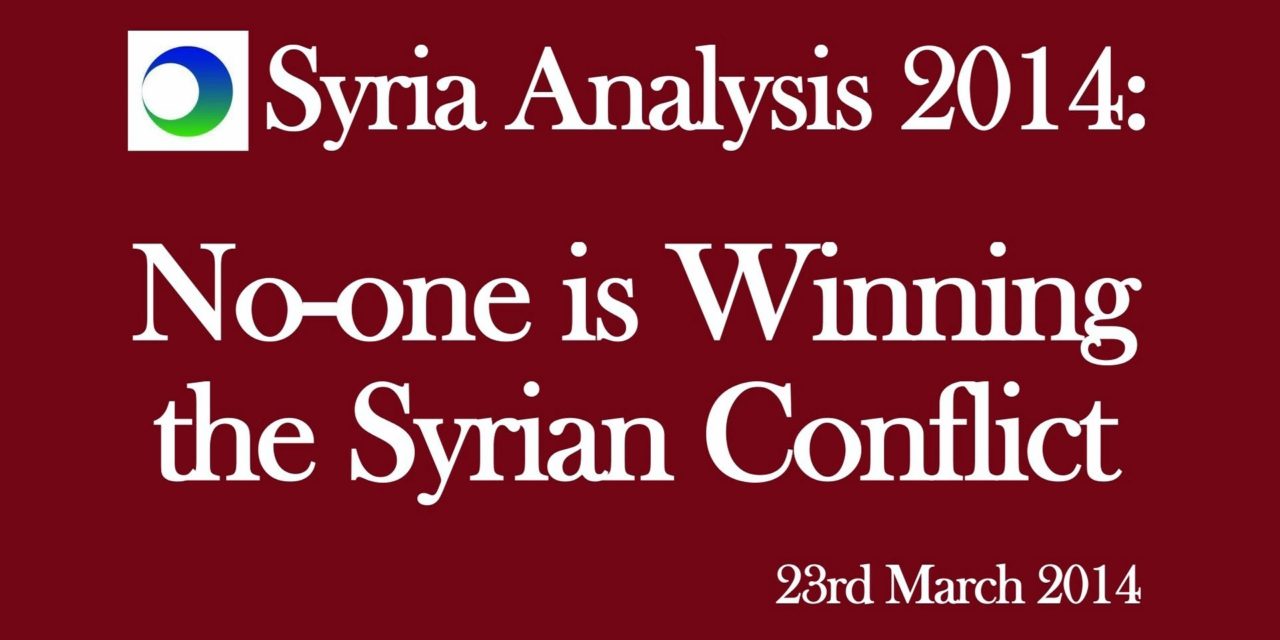 After recent regime gains in its Qalamoun offensive, leading outlets such as The Washington Post declared, “Assad is Steadily Winning“.

Really? This morning — and indeed over recent mornings, including the one when the Post made its announcement — insurgents have had their own victories from southern Syria to Aleppo Province in the northwest to Latakia Province in the west.

A five-minute analysis, filmed just before the insurgents started their Latakia offensive on Friday:

This is an example of the news media grabbing at headlines, grabbing at dubious statements from “so-called” monitoring groups, and losing the plot on the ground.

Let’s have a look, shall we?