Syria: Islamic State of Iraq vs. Everybody 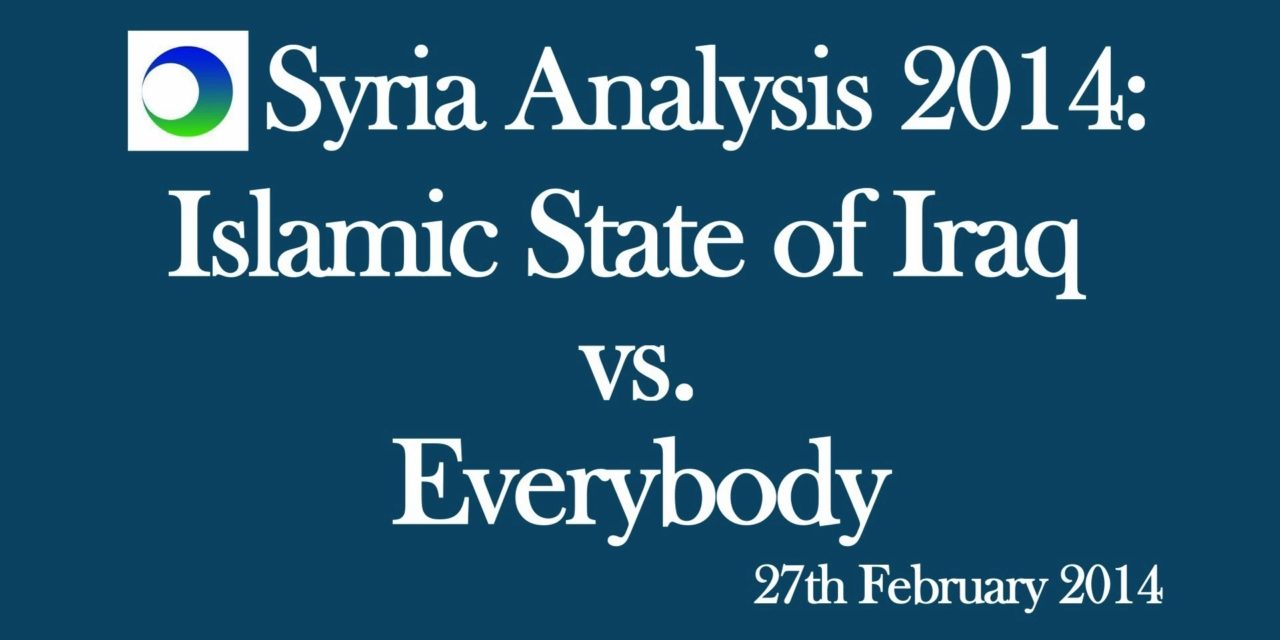 Following the killing of “Al Qa’eda mediator” Abu Khaled al-Suri, insurgents gave the Islamic State of Iraq and as-Sham an ultimatum to cease fire or “face expulsion” from both Syria and Iraq.

This week ISIS has reportedly withdrawn from some towns in northern Syria to concentrate its forces in key areas such as the city of Raqqa.

What is the chance of ISIS winning the battle against insurgent factions, maintaining its hold on towns and cities, and challenging the Assad regime?

ISIS has almost no friends left in Syria. Not among the “moderate” opposition, the “extremist” opposition, no one.

In effect ISIS, which has fought the Assad regime since 2012, is now fighting everyone else.

There is no way it wins this fight.