Syria Video Analysis: Is This A Game-Changing Insurgent Offensive in Latakia? 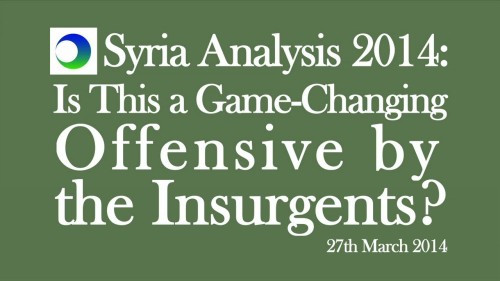 A 5-minute analysis of this week’s insurgent offensive in Latakia Province in western Syria, asking if it significantly changes the military and political situation:

Even if the insurgents do not occupy territory, they are showing that they can exert power. And that means that the narrative that the regime is on the triumphant path to once-and-for-all end the conflict has been proven wrong.

Within 72 hours, the insurgents wiped away the headlines in the West and in Syrian State media that “Assad is winning”.

The insurgents have established that they are no longer dependent on the goodwill of the US.