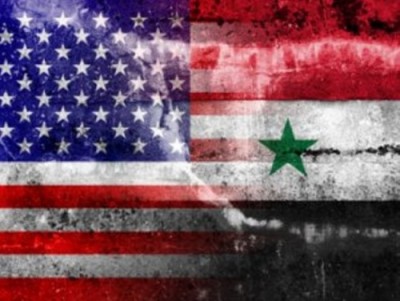 The US State Department has ordered the Syrian Embassy in Washington and consulates in Michigan and Texas to suspend operations immediately, expelling the country’s diplomats.

The State Department said the decision followed an Embassy announcement that it has halted provision of consular services, “and in consideration of the atrocities the Assad regime has committed against the Syrian people”.

Despite the measures, the US said it was maintaining diplomatic relations with Syria “as an expression of our long-standing ties with the Syrian people, an interest that will endure long after Bashar al-Assad leaves power”.

The Lebanese newspaper Al-Akhbar reported last week that Damascus had decided to close its embassies in the US, Saudi Arabia and Kuwait “due to mounting pressures on its diplomatic missions”, including limitations on travel and extensions of residence and on visas for new embassy staff.

This week marks the three-year anniversary of the Syrian revolution. For three years, Bashar al-Asad has refused to heed the call of the Syrian people to step aside. He has directed a war against his own people and created a humanitarian catastrophe in order to hold on to power and protect his narrow interests.

Following the announcement that the Syrian Embassy has suspended its provision of consular services, and in consideration of the atrocities the Asad regime has committed against the Syrian people, we have determined it is unacceptable for individuals appointed by that regime to conduct diplomatic or consular operations in the United States.

Consequently, the United States notified the Syrian government today that it must immediately suspend operations of its Embassy in Washington, DC and its honorary consulates in Troy, Michigan, and Houston, Texas. Syrian diplomats at the Embassy and Syrian honorary consulates are no longer permitted to perform diplomatic or consular functions and those who are not U.S. citizens or lawful permanent residents must depart the United States.

Despite the differences between our governments, the United States continues to maintain diplomatic relations with the state of Syria as an expression of our longstanding ties with the Syrian people, an interest that will endure long after Bashar al-Asad leaves power.

The United States will continue to assist those seeking change in Syria, to help end the slaughter, and to resolve the crisis through negotiations – for the benefit of the Syrian people.