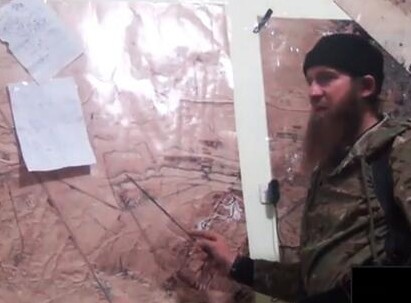 Umar is also shown at the start of the video slamming insurgents for clashes with ISIS.

The rest of the video shows ISIS carrying out a large-scale attack, including what is almost certain to be a suicide bombing.