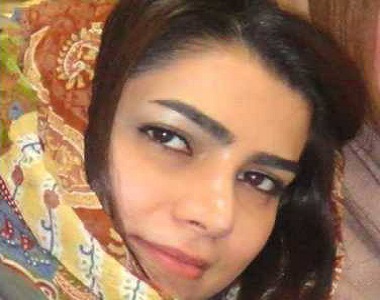 One of the three women, students rights activist Maryam Shafipour, 27, was given a seven-year sentence last month after a court found her guilty of violating Iran’s national security.

HRW say the three activists are among at least 14 women in the women’s political prisoners ward at Evin Prison in Tehran.

Shafipour and Shokri are members of the group Mothers of Laleh Park, set up in June 2009 by mothers whose children died in the violence following protests over Iran’s disputed 2009 election. HRW say that the Iranian authorities have repeatedly targeted the group, arrested its members, and prevented them from gathering.

Hedayat, a women’s and students’ rights defender, was sentenced to ten years in May 2010. Since her arrest in 2009, her husband told HRW that the authorities have not allowed her to get adequate medical treatment outside of prison for serious gynecological problems.

Shafipour was arrested on July 27, 2013. She had spent several years advocating for the rights of university students barred from higher education because of activism, and for the release of political prisoners, including 2009 Presidential candidate, Mehdi Karroubi.

A source close to the family told HRW that Shafipour spent seven months in detention before her trial, including two months in solitary confinement. Another source told HRW that during her detention, officials subjected Shafipour to psychological and physical abuse.