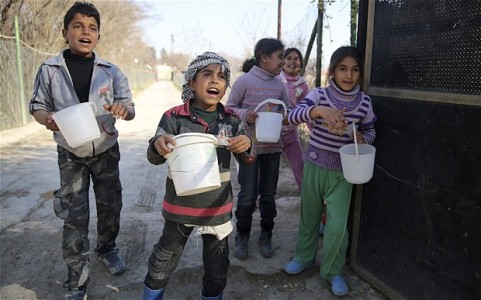 As the third anniversary of the Syrian conflict approaches, Karen Leigh of Syria Deeply and I spoke with Monocle 24’s The Globalist on Wednesday morning about the political and military situation.

Listen to discussion from 6:46 on The Globalist homepage or in a pop-out window

“There is no hope of a political solution, Meanwhile neither side is winning on the ground.”

2. Has the US failed amid Russian moves on Ukraine?

“Look, the White House failed when it did not respond after the Assad regime attacked with chemical weapons and killed hundreds of people. The supposed political process and the attempt to get Assad to give up chemical weapons were fig leaves to cover up that failure.”

3. Will the Arab League meetingo on Wednesday change anything?

“No. While the Syrian insurgency is far from losing on the ground, there is no co-ordinated international effort.”