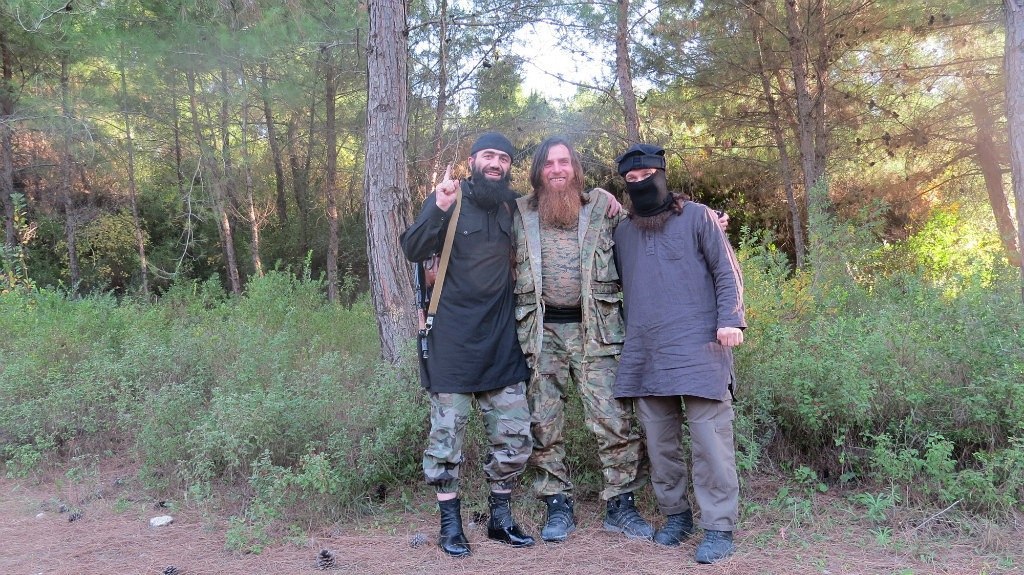 Jabhat al-Nusra’s predominantly Chechen jamaat — previously led by jihadi Sayfullakh Shishani — has said it is planning another attack on the Aleppo Central Prison.

The group says it is working closely with the leader of the independent Chechen faction of Jundu Sham, Amir Muslim Abu Walid Shishani.

During an attempt to storm the complex earlier this month, Sayfullakh Shishani was killed by shrapnel or a stray bullet after his group of men were forced to retreat to cover.

In a post on the group’s VK social network page, the faction express frustration at what they say are attempts to pit them against the Islamic State of Iraq and as-Sham, and say they are in Syria to “fight the infidels”.

We do not fight against Muslims and do not cooperate with Democrats.

You see, we are now engaged in a struggle against the Infidels inshaAllah, there is no time to engage in fitnah and blame ISIS or someone else. We are still in the prison. It’s complicated to storm it.

At night on the Ribat, we heard the groans of our sisters who are raped by the infidels, we heard shouting from there where one sister was screaming that she is raped 14 times a day.

The group’s postings also offers some insight into the structure of Jabhat al-Nusra and about the divisions between the various groups of Chechen fighters.

The group is still as fighting as a Chechen jamaat within Jabhat al-Nusra, likely because of kinship, experience with each other, and common language. Following the death of Sayfullakh, independent Chechen fighter Amir Muslim Abu Walid Shishani — an experienced fighter who is thought to have fought in the Soviet military as well as in Chechnya and Dagestan — is providing help:

The Amir of Jundu Sham, Muslim Shishani, is with us always, they help on all our operations together. He is the closest friend of our Amir Sayfullakh Shishani.

While Sayfullakh’s jamaat has sworn an oath to Jabhat al-Nusra, Muslim Shishani’s group is “independent”, declaring allegiance to no one.

However, some commenters say that there are two groups within Muslim’s Jamaat, one of which is allied more to ISIS.

One commenter, who names himself as Alturki Almani and says he fights for the “Berlin Jamaat”, is likely a Chechen refugee from Germany. Almani says that Muslim Shishani “helps all Muslims including ISIS”.

Almani writes, “That’s because our guys are in two jamaats, one belongs to ISIS and the other to Muslim Shishani”.

Muslim Abdullaev, the Chechen fighter who runs the VK page, denies that there are two jamaats:

We are together with Muslim Shishani’s jamaat in all operations. Today he left for his place, but this morning I fed him with a vegetable ragout and yesterday with chicken….We are not fighting against ISIS.