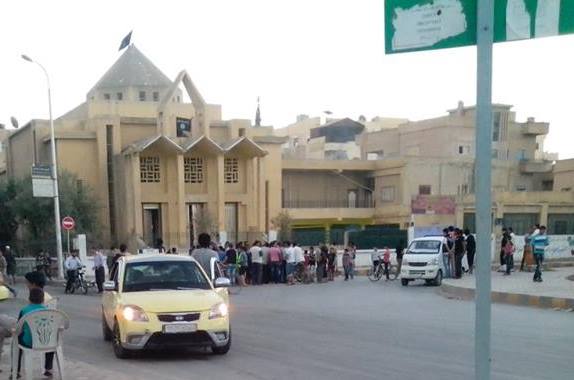 The Islamic State of Iraq and as-Sham in Raqqa has imposed conditions of “dhimma” on Christian residents of the area, according to a statement posted on various websites on Wednesday.

The statement says that ISIS had met with Christian representatives and offered them three choices: either they could convert to Islam, accept the system of Dhimma, or reject the Muslim rulers and be killed. A group of 20 Christian leaders chose the second option, according to ISIS.

Under the terms of the contract ISIS offered the Christians, Christian residents will have to pay the jizya, a special tax imposed on non-Muslim male citizens. ISIS demand that every Christian male pay a tax of up to 17 grams of gold, in return for which they will be allowed to continue practicing their faith albeit with certain restrictions, and will be offered some degree of protection.

Also under the contract, Christians are banned from owning weapons, selling pork or alcohol to Muslims, drinking alcohol in public, repairing churches, and must not display religious symbols outside churches, ring church bells, or pray in public.

The imposition of the jizya tax on Christians comes after reports that ISIS has changed the official weekend in Raqqa from Friday and Saturday to Thursday and Friday.