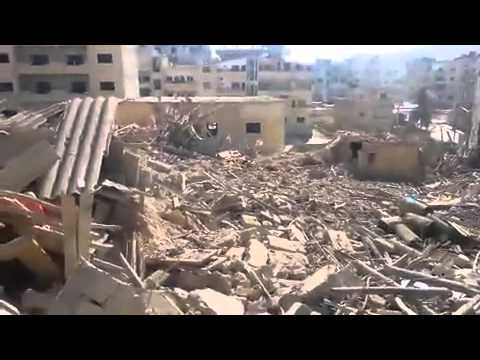 Syrian forces, alongside Hezbollah, continued their attempt to encircle the city of Yabroud on Thursday.

Yabroud, northeast of Damascus, is a key objective of the regime’s Qalamoun offensive, which started in November.

On Wednesday, the offensive took the village of al-Jarajir, northeast of Yabroud. Yesterday the forces claimed the capture of other positions, such as Rima Farms, and maintained its aerial assault on the city.

The Qalamoun offensive is trying to secure territory to the north and west of Damascus, all the way to the Lebanese border. Syrian forces took three cities and towns in November and December, including Nabk near Yabroud.

The United Nations said 500 to 600 families have fled Yabroud for Arsal, just inside Lebanon. However, 50,000 people remain in the city.

Syrian State TV reports from positions near the city:

State media claims that the army foiled an attempt by insurgents to blow up the Carlton Hotel in the Old City of Aleppo.

Video: Claimed Car Bomb in Front of Mosque in Yadodeh in Daraa Province

Kafranbel’s protesters link the themes of besieged civilians trying to get aid and the targeting of them by Syria’s armed forces: 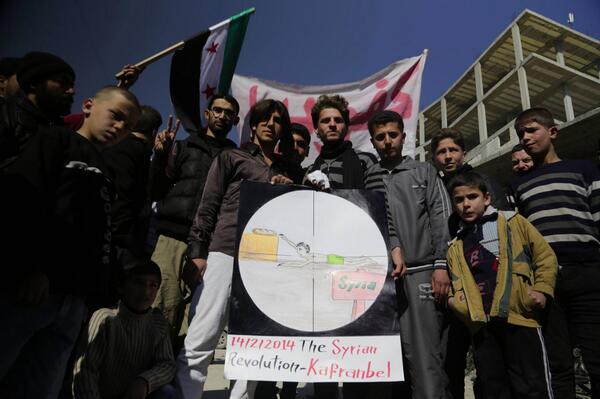