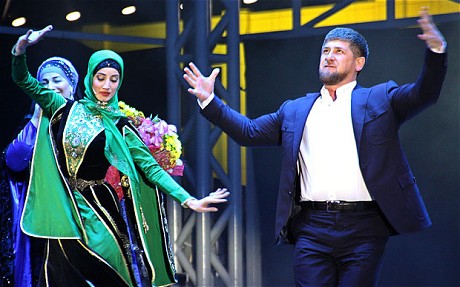 The head of the Chechen Republic, Ramzan Kadyrov, wrote a message on his Instagram account on the death of Chechen jihadi Sayfullakh Shishani in Syria on Thursday.

“Today, when attempting another robbery of civilians in Syria’s Aleppo, the Wahhabi Satan Ruslan Machalikashvili (Sayfullakh) was blown up and met his end,” Kadyrov wrote according to the Russian media.

Kadyrov added that Sayfullakh was “one of the ringleaders of a gang of Wahhabis in Syria, who murder of innocent people, as well as carry out the looting, and desecration of Islamic holy places”.

“Machalikashvili expressed interest on the Internet about where Kadyrov’s special forces, as requested, would be sent to him. The bandit did not know that Kadyrov’s special forces may be on each piece of land, ready to explode under the feet of devils, no matter where they are. The appeal was heard apparently by Satan and death overtook he gangster, who was hastily buried, rather than being buried in a ceremony! You get what you deserve,” Kadyrov added.

The Chechen leader was apparently referring to video messages made by Sayfullakh in which he threatened to come and attack Kadyrov after he had finished establishing a Caliphate in Syria.