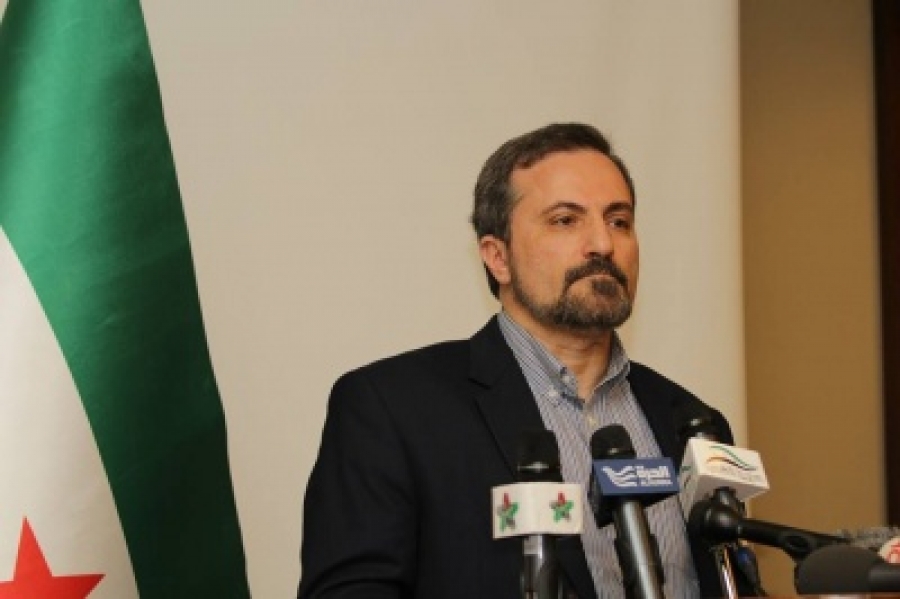 The opposition Syrian National Coalition said Monday that it will only participate in the Geneva II conference on Syria if the international community responds to its “basic demands”.

Coalition spokesman Louay Safi said that, “no one can provide real guarantees for the success of Geneva II…the only guarantees that may ensure the success of this conference is the ability of both sides to reach the proposed goals during the negotiations.”

Safi added that any negotiations could not be an “open-ended process.”

Regarding the presence of Iran at the Geneva II conference, Safi said: “Iran cannot attend the conference if it does not withdraw their militias from Syria and acknowledge all the terms of Geneva I.”

The Coalition spokesman said that a Friends of Syria meeting scheduled for Tuesday would “assess the commitment of the parties involved in the transitional process to put an end the tyrannical rule of the Assad regime” and “gauge the commitment and the seriousness of the international community to bring about a political solution”.

According to Safi, “The invitations sent by the UN purportedly convey a very clear message, that the formation of this body (a transitional ruling body) is one of the top priorities of Geneva II. This undoubtedly indicates that the approval of any country to attend conference including the Assad regime, means they agree to the formation of a transitional governing body.”

Safi also said that humanitarian issues would be discussed at the Friends of Syria meeting, and that the Coalition’s demands would include “opening humanitarian corridors, the release of detainees, lifting the siege on Syrian cities”.

Meanwhile, in a speech Monday, the President of the Syrian Coalition, Ahmad al-Jarba, said the latest Friends of Syria meeting was “exceptional” and “inspirational”, noting that, “we can simply reaffirm today the fact that we have taken a shortcut towards solving the Syrian issue in way that meets the basic goals of the revolution.”.

Our meeting today was literally exceptional. We have expressed the Syrian people’s misgivings about Geneva II and presented their demands. We have explained the truth about what is going on on the ground, and the victories the Free Syrian Army has achieved. We have emphasized the importance of immediately meeting the FSA’s needs. We have also explained, in a transparent manner, our stance on Geneva II and the way forward to make it a successful conference. We have presented all the questions and misgivings we have about this conference.

What I want to say is that we had an extraordinary meeting today. We have reached what I can describe as historic results. I think today marks the day where there is now a completely fundamental solution to the Syrian issue.

The resolutions taken today in the Friends of Syria meeting constitute a first. This is the first time such resolutions are being taken in any international meeting on Syria. I would like to give the Syrian people the good news; Assad will have no future in Syria, and this was decisively agreed on in a resolution unanimously drafted by participant countries in a very clear way that cannot have more than one interpretation.

Also, all the state’s institutions will be under the control of a transitional governing body. That was unanimously agreed on and expressed in a clear written form.

In terms of an international decision on the Syrian revolution, we stand today at a crossroads, and we can bring the good news to the Syrian people and tell them that we have accomplished a great achievement on the road to removing the head of the regime and its associates.

I am confident to say that what we have been given today was not mere promises; it was a thoroughly thought out and final resolution. We can simply reaffirm today the fact that we have taken a shortcut towards solving the Syrian issue in way that meets the basic goals of the revolution.

We have reached the tipping point, and we realized the challenges ahead. We have already been preparing for this time having in our minds certain parameters which have today become facts.

I thank the Friends of Syria, and all those who have helped us.

We will never forget those who stood by us and helped shape a new future for Syria; a free future where Syria marks the transition from tyranny into freedom in the region.