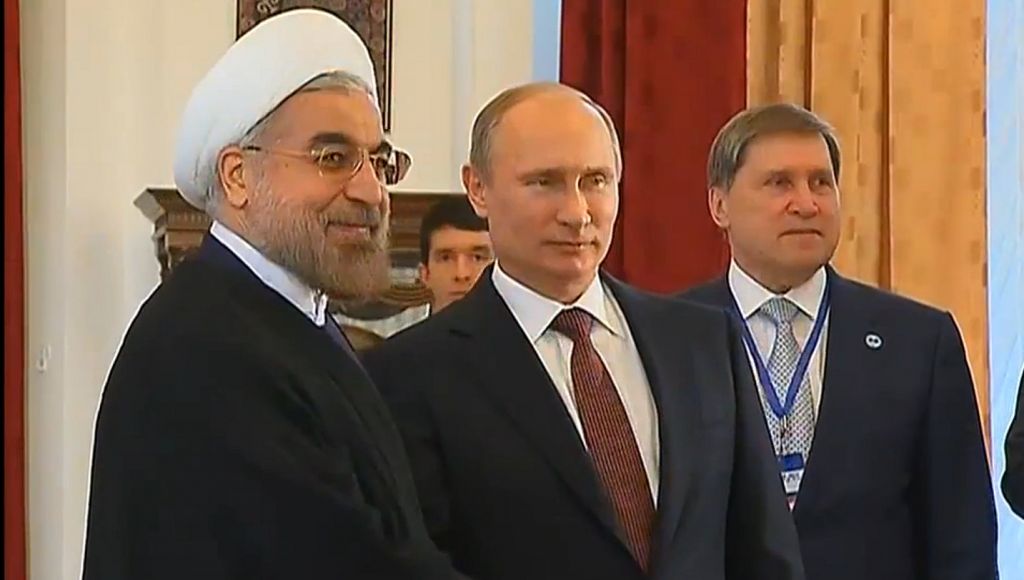 An article in Iran’s Tasnim News indicates that Russia and Tehran, the two main allies of Syria’s Assad regime, have declared an end to the long-proposed but never-held Geneva II “peace” talks.

Moscow, along with the US, has pressed for the conference since April 2013; however, preconditions from both the regime and the opposition — notably the latter’s demand that President Assad commit to departure from power — as well as a US veto on Iran’s presence have prevented the talks from taking place.

In November, Russia and the US said the discussions would finally be held in Switzerland on January 22, but the opposition and insurgency would not drop their precondition over Assad, and Washington said only that Iran could “contribute on the sidelines”.

A phone call between Iranian President Hassan Rouhani and Russian counterpart Vladimir Putin on Thursday finally gave up on the talks, according to Tasnim:

Instead of negotiations in Geneva, it is necessary to have a real solution to the Syrian crisis. No extra-regional meeting without influential elements will be able to solve the problem of Syria, and that is why Geneva II will fail before it forms.

The report follows the first public statements from Iranian figures, including a leading MP, that the Geneva talks are “doomed” to failure.

Tasnim’s account may not reflect the Russian position. So far, there has been no statement from Moscow echoing the phrase “instead of negotiations” —- the Kremlin merely said the two leaders discussed “current international issues, including the situation in Syria in the context of preparations for the Geneva 2 conference, and the implementation of agreements on the Iranian nuclear programme”.

At the least, however, the article appears to confirm that Iran is walking away from Geneva as part of its “political solution” for the Syrian conflict.