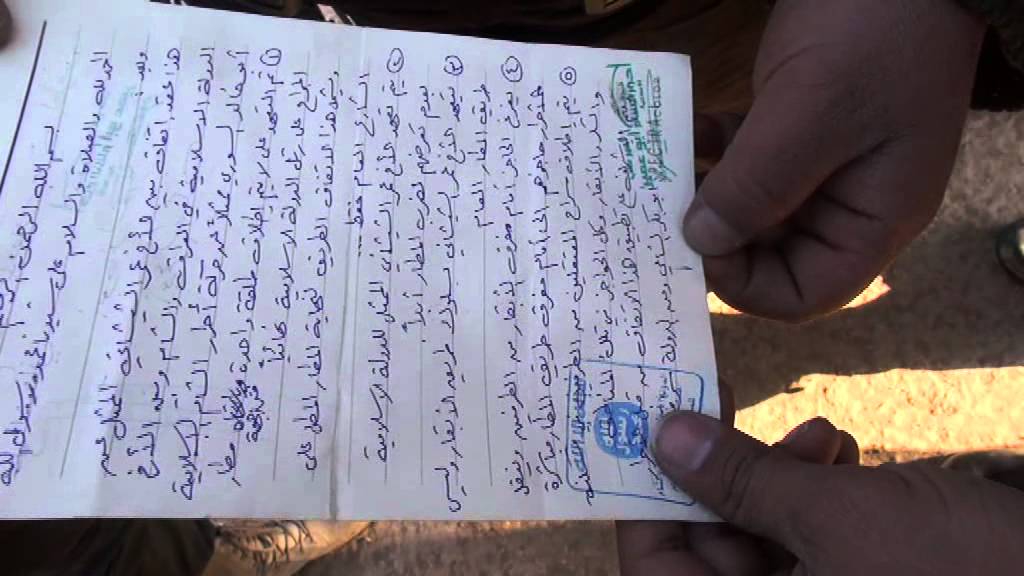 A video circulating on internet forums shows a handwritten document declaring a truce between the Islamic State of Iraq and ash-Sham and Ahrar ash-Sham on the eastern front in Aleppo Province.

The document was signed by Chechen jihadi leader Abu Umar al-Shishani on behalf of ISIS and Abu Khalid as-Suri on behalf of Ahrar ash-Sham.

The move — and it appears to be genuine — quashes rumors that Umar had prepared a fighting force of up to 800 ISIS mujahideen, and sent them in a convoy to Aleppo.

The circumstances of the truce — including who initiated it, and whether Umar decided to agree to it himself or whether he was instructed to do so by a higher command within ISIS — remain unknown.

According to Russian sources, the document reads:

Praise be to Allah, blessings and peace be upon our master Muhammad — the Messenger of Allah.
This is an agreement between brother Umar Shishani being representative of ISIS and brother Abu Khalid al-Suri representative of the Islamic movement Ahrar al-Sham:

1 – An agreement has been reached such that will there will not be a single shot from the airfield at Jarrah at ISIS’s columns. This agreement covers only the road to the end of the airfield, which is located on a public street.

3. Brother Umar Shishani promises to use the Al Abkar road and avoid using the public road at the airfield.

4. Roadblocks on the two sides at the crossroads of Al Abkar road should be removed, and the Ahrar al-Sham checkpoint should be moved to a place right in front of the intersection of the airfield road.

5. Prisoners from both sides should be released from Al Maskaneh, Al-Sukkar and Al Abkar and all checkpoints must be returned.

The person responsible for the implementation of this agreement from the Ahrar al-Sham is Abu Bakr Al-Shami, and from ISIS is Surak Al-Tabuki.

Prisoners on both sides should be released immediately!
This agreement was signed by both sides.

Click here to see a map showing the location of Maskaneh in eastern Aleppo province.

This map shows the approximate location of the Jarrah airbase near Maskaneh: 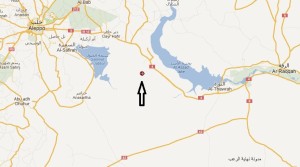