Syria Op-Ed: Why a No-Fly Zone is (Still) Needed 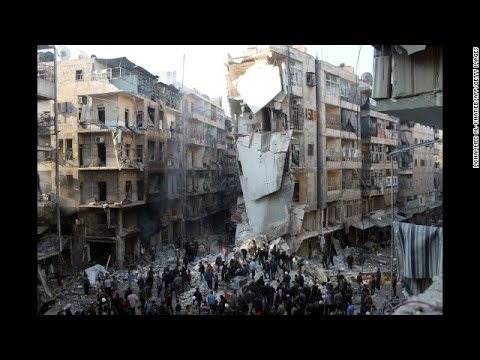 In early 2011 anti-regime protests started in Libya, and also in Syria. In both cases the protests were met with deadly force, and escalated into armed uprisings. In the case of Libya, the UN Security Council authorised international military intervention to protect civilians. In Syria, it did not.

Today Libya is not stable, but it is no longer a war zone. Syria is still at war, with no end in sight.

Of the more than two million Syrian refugees who have fled their country, more than 15,000 have sought safety in Libya.

Weigh that toll against the toll in Syria, where in just over a week of aerial bombing in one city, Aleppo, Assad’s military killed more than 300 people. On December 24 the Telegraph reported that as many as 480 people were said to have been killed, most of them civilians, including 86 children.

By the 29th, BBC News reported 517 killed by aircraft bombing Aleppo in the two weeks since December 15. According to The Syrian Observatory of Human Rights, 151 of them were children.

The numbers of crippled and maimed are more rarely reported.

In November, a report on the child casualties of Syria’s war gave a toll of 11,420 children killed to the end of August 2013, out of a total of 113,735 civilians and combatants killed. The majority of children, 7,557 individuals, were reported killed by explosive weapons. Of those, 2,008 cases specified aerial bombardment: that’s 19% of all children where a cause was recorded.

In June, arguing against mounting a No-Fly Zone operation in Syria, US Army General Martin Dempsey, chairman of the Joint Chiefs of Staff, said that only about 10% of casualties amongst the Syrian opposition were being inflicted by aircraft, the others being caused by artillery or direct fire.

How many lives lost by air attack does that 10% indicate? It’s likely to mean more 10,000 people directly killed by aircraft (see Appendix below). And beyond direct killing, the forces of Assad and his allies also use aircraft for artillery spotting, and they rely heavily on air transport for resupply.

Syria has been an unwanted experiment in non-intervention, and the results are clear. Comparing events in Libya and Syria, there is objective evidence that while enforcing a No-Fly Zone early in the conflict might have led to civilian casualties numbering over a hundred, it would likely have prevented several thousands of killings by aircraft, and would have restricted the ability of Assad’s forces to kill on the ground.

It’s a truism that Syria’s war is complicated, and increasingly so. A No-Fly Zone is not a solution to the conflict, but it is a proven means to restrict the killing. The logic that eliminating chemical weapons from the conflict is a good thing applies all the more to conventional air bombardment as it has taken many more lives.

Enforcing a No-Fly Zone is not an easy option. It needs money, advanced technology, expertise, and bravery on the part of many of the volunteer combatants who have to see it through. Only a few nations have the resources needed to succeed.

Enforcing a No-Fly Zone is not politically easy. In the case of Syria, it requires willingness to defy Russian President Putin’s policy of obstruction in the UN Security Council. It requires making the case that defence of collective security requires and justifies this military action even in the absence of a Security Council resolution.
There is more than one way to impose a No-Fly Zone, from the regular air patrols seen in the 1990s over Iraq, to bombing air bases in response to attacks by Assad aircraft. A discussion in May at the US Institute for Peace explored some of the options and constraints.

[Editor’s Note: Hyper-links to sources are in original article]

The most recent UN report on violent deaths, commissioned by the Office of the UN High Commissioner for Human Rights, cross-referenced casualty counts by different organisations to arrive at a minimum count of 92,901 unique killings from March 15, 2011 to April 30, 2013. However, this number includes combatants from both sides as well as civilians.

One of the UN’s sources, the Violations Documentation Centre, or VDC, counts 10,182 violent deaths amongst regime forces up to April 30, 2013, but there is likely to be up to half as many again from the other sources used for the report. (The VDC’s identifiable records for the period covered 62,386 individual killings, just over 2/3rds of the total number identified in the UN report, a significant undercount.) On that basis, 10% of non-government people killed would be approximately 7,700 killed by air attacks up to April 30, 2013.

Bearing in mind that the VDC’s figures showed an undercount of a third when cross-checked with other sources for the UN OHCHR report, it is reasonable to conclude that likely over 10,000 people have been directly killed by aircraft in the Syrian war.