Syria: What Happened When Regime Declared a “Truce” in Tal Kalakh? 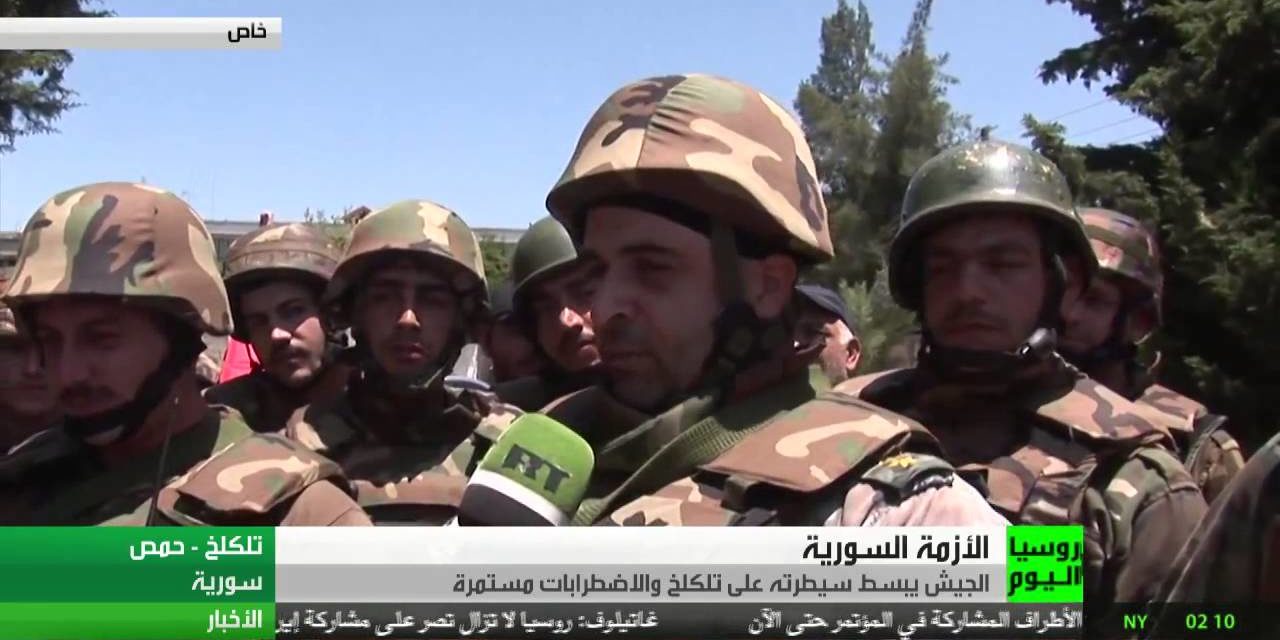 Amid talk before the Geneva II conference on Syria of a halt to fighting in Aleppo, and as the regime pursues agreements with some Damascus suburbs for ceasefires, Syrian blogger Aboud Dandachi writes of the events that followed a truce last year in Tal Kalakh near the Lebanese border:

In the past week, discussions about Syria have shifted to the possibility of the implementation of local “truces” between the regime and rebel areas, the idea being that both sides would adhere to a cease-fire, and free movement of goods and people would be permitted across the front lines.

To gauge the feasibility and long-term viability of such localized ceasefires, it would be helpful if there were past examples of such agreements between the regime and a rebel area; some instance where an understanding was reached to suspend the fighting, to allow steps towards reconciliation to be taken. Past agreements and their outcomes would be immensely useful to inform and guide the recent discussion on the possibility of any future “truces”.

Fortunately, we do actually have such an example of a past truce; the ceasefire in my home village of Tal Kalakh in early 2013.

Regime officials and commanders of the Free Syrian Army in the town agreed to cease military offensives, and maintain their positions. Life would be allowed to continue as normal; schools and shops would open, civil servants would be allowed movement in and out of the town unmolested. CNN even filed a report from Tal Kalakh in February 2013, saying “the agreement could be a blueprint for peace across more parts of the country”.

So how did it turn out? Today, Tal Kalakh is under full military occupation, with nine out of ten of its inhabitants scattered in refugee camps all over the Middle East. In the wake of their capture of Qusair, and bolstered with manpower from the terrorist Lebanese organization Hezbollah, the regime broke the terms of the ceasefire and occupied the town in June 2013. In the aftermath of the offensive, dozens of young men were rounded up and brutalized, with some being executed in the town. Bodies were burned to hinder identification. There were at least several instances of beheadings by the regime’s forces. Houses were looted down to the copper wiring.

Soon after the offensive, the regime bought in a reporter friendly to them from the Independent newspaper, Patrick Cockburn….He reported meeting with a “Khalid Eid, a former FSA commander” who apparently had “defected” to the regime. Eid talked of “terrorists” staging videos of attacks for the benefit of “Gulf based financial backers” who paid by the video. Which may have been convincing, had there existed a single video anywhere of Khalid Eid “commanding” an FSA unit. Or a statement on Facebook in his name. Or well, anything. Eid may very well have been part of the FSA, but a commander he never was….

During the regime’s offensive, 30 FSA fighters were holding out in the town’s central market. The regime gave them an ultimatum; surrender with guarantees for their safety, or see the town leveled with missiles and bombs the same way Qusair had been. The thirty fighters dully handed in their weapons. None of them have been heard from since. Such is the value of an “agreement” with the regime.

Today, Tal Kalakh has merely a tenth of the population it had before the conflict. But even before the regime’s final offensive, it hadn’t been much of a truce. Kidnappings by the shabihas in the area were common. Regime snipers would pick off a few civilians every week. During the time when there was supposed to be a truce, no less than 35 deaths were documented in Tal Kalakh from regime sniping, or were found dead after being apprehended by the regime’s forces. A “truce”, Bashar Assad style.

And far from allowing free movement across the confrontation lines, soldiers stationed at the regime’s checkpoints surrounding the town continued to arrest activists and relatives of fighters.

In any discussion of the viability of local truces in 2014, it would be foolish and irresponsible to ignore the outcomes and lessons of past truces. Tal Kalakh was the largest town to date where an understanding was attempted with the regime. The experiment failed, and the consequences has been a populace scattered across the Middle East.

If other towns and areas are looking to implement their own “truce” with the Assad dictatorship, the only advice this son of Tal Kalakh can give is; be sure as hell to have a million ironcast safeguards, because it has been proven in the past, that to the regime, a “truce” is merely a pause and a chance to collect its resources to continue its war at a more favorable time and under better conditions.