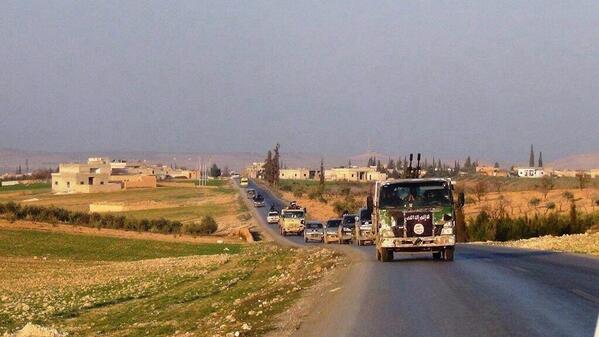 There are more reports and rumors of battles between the Islamic State of Iraq and ash-Sham and other insurgent brigades north of Aleppo.

Some reports say there is fighting in the Haydariyeh neighborhood in northern Aleppo city, west of the Sheikh Najjar industrial area, where there has been fighting earlier this week. 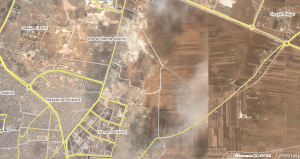 On Tuesday, the Islamic State of Iraq and as-Sham has also raided the office of the Turkish news agency Anadolu in Aleppo, seizing satellite equipment and two vehicles.

None of Anadolu’s staff was harmed or detained.

The raid occurred as ISIS was attacking insurgents in the Sheikh Najjar neighborhood of Aleppo.

The Justice Ministry has said that 11,000 photographs purportedly showing tortured and slain detainees from Syria’s prisons are fake.

The photos, with supporting testimony from a defected photographer who worked for the Syrian military police, were put out alongside a 31-page report by three prominent international lawyers on Monday.

The Justice Ministry said that the report was “politicized and lacking in objectivity and professionalism” and that some of the photos of “foreign terrorists”: “These pictures are fake and that they have no relation to prisoners or detainees in Syrian prisons.”

Aleppo International Airport has reportedly landed its first civilian flight after a year’s suspension because of fighting, following the securing of the site and surrounding area by regime forces.

This video claims to show a Russian-speaking fighter from the Islamic Front. The fighter speaks in accented Russian about the battles between the IF and ISIS, saying that the so-called fitna is really just a disagreement.

All the Muhajireen (foreign fighters) are brothers, he said, and brothers usually have little disagreements, but these are not serious. Moreover, everyone has the same aim — to fight the infidels, he adds.