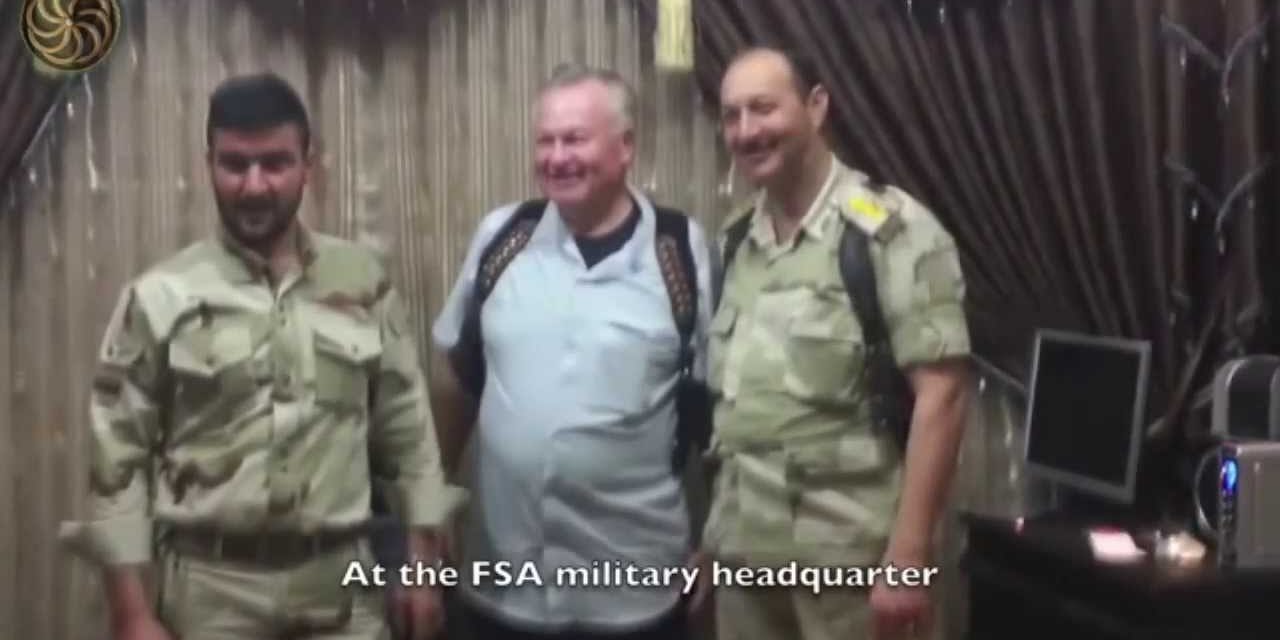 Points of agreement between radical Sunni jihadist Chechen fighters from the Islamic State of Iraq and ash-Sham and those of Iran’s Islamic Revolutionary Guards Corps are very rare.

The leader of the former, Umar al-Shishani, has said he is in Syria to fight the infidels — including Iranians — to establish an Islamic State under Sharia Law, as directed by Allah. The latter have staunchly supported Bashar al-Assad on the political front and sent advisers and some fighters to Syria to help battle the takfiris — including ISIS — and keep Assad, an Alawite, in power.

Until recently, there seemed little chance for reconciliation between these two opposing sides.

Now, however, a new conspiracy theory has brought hope for the unexpected.

Both the Revolutionary Guards, via their site Fars News, and Chechen ISIS fighters, via their outlet FiSyria, have revealed the existence of a new, terrifying, Western-Zionist-US conspiracy involving Fox News, the US military, the Free Syrian Army, Israel and Kellogg’s Frosted Flakes.

FiSyria grabs our attention with the headline in Russian: “The Truth About US Cooperation With The Free Syrian Army”:

A video posted on the Internet reveals the entire truth about the conspiracy between America and the Free Syrian Army (now called the “Islamic Front”) against ISIS. The visit to Syria of Paul Vallely meant the start of military operations against the Mujahideen….The video shows them quietly touring Aleppo, eating in the restaurant, cuddling and being photographed.

How does this decadent cuddling and eating prove that Vallely’s visit was connected to the fighting between insurgent groups and ISIS? FiSyria suggests, “A few days after his departure, the apostates started to attack positions, take women prisoners and kill Mujahideen.”

And it’s not just a damning timeline:

The databases of the captured former rebels (Syrian insurgents) revealed American TV dinners, clothing from Saudi Arabia, Jordan, and satellite internet from the company HUGHES, whose head office is in the USA.

The video shows Vallely working with militants from the so-called Free Syrian Army which has been leading a deadly war in Syria for toppling the government. According to reports in the websites close to the militant groups, the US general entered Syria a year ago through Turkish borders….

Vallely who is a senior military analyst for the Fox News is known for his close ties with the Israeli regime.

Translated: Scratch any US General working with the “takfiris” in the Holy Land of Syria and you’ll find a Zionist.

And there’s more: “(Vallely) is an advocate of the so-called Jerusalem Summit who believes in relocating all Palestinians in other Arab countries as a solution to end the conflicts over Israel’s occupation of Palestine.”

This all bears witness to the fact that America has supported and is supporting the Free Syrian Army from the start, from the moment of its inception. All announcements on the internet by the so-called Islamic Front, which right now is waging war against ISIS, and which came out of the FSA, that say it has nothing to do with an alliance with Obama – all that is just lies and heresy.

FiSyria also post shocking pictures of the Western goods allegedly provided to the Free Syrian Army/Islamic Front by Vallely. Here are images of the Frosted Flakes and a “My Kind of Meal” TV dinner meal pack from the US company My Own Meals: 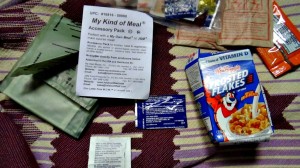 Immediately suspicious that the My Kind of Meal is Kosher as well as Halal, EA conducted an investigation and found that the company behind these meals, My Own Meals, is Jewish, providing a line of refrigeration-free Glatt Kosher ready meals such as Florentine Stew:

My Own Meal® products meet the highest kashrus standards, Manufactured under the strictest orthodox rabbinical supervision of the Organization of Orthodox Kashruth Supervision.

This photograph, from the company’s website, shows a US soldier accepting a Glatt Kosher meal: 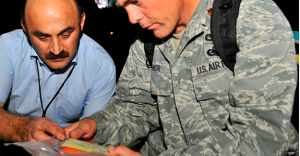 FiSyria also discovered a hand-cleansing towel, which may or may not be kosher but was made in Texas: 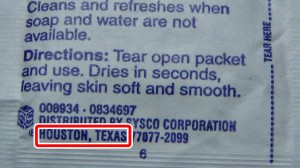 Even more damning is a beach towel with a Saudi emblem on it. As Fars News previously revealed in a special investigation, the Saudi Prince Bandar has been plotting against Iran with Israel.

And with Britain — this photograph, from Fars, shows Bandar in front of the headquarters of Her Majesty’s intelligence service MI6: 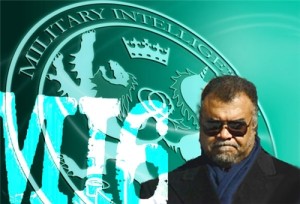 Luckily, an insider with close connections to the Saudi intelligence services was able to expose the conspiracy on Twitter:

Mujtahid, a whistleblower who is well connected with the inner circles of the Saudi secret service, revealed through his twitter account that Prince Bandar has met his Israeli counterpart and several other high-ranking Israeli officials in Geneva on November 27.

Appointed by the Saudi King, his uncle, last year as the head of the Saudi General Intelligence Agency, Prince Bandar has reportedly for months been focused exclusively on garnering international support, including arms and training, for militants in Syria in pursuit of the eventual toppling of the Syrian government.

So could Prince Bandar have met with the US General Vallely in Aleppo?

Could the two men have plotted to topple Assad, as they sat on Saudi beach towels and shared a Glatt Kosher meal certified in the US by Rabbi Solovetchik? Could they have plotted with Israel as they munched on some Frosted Flakes?