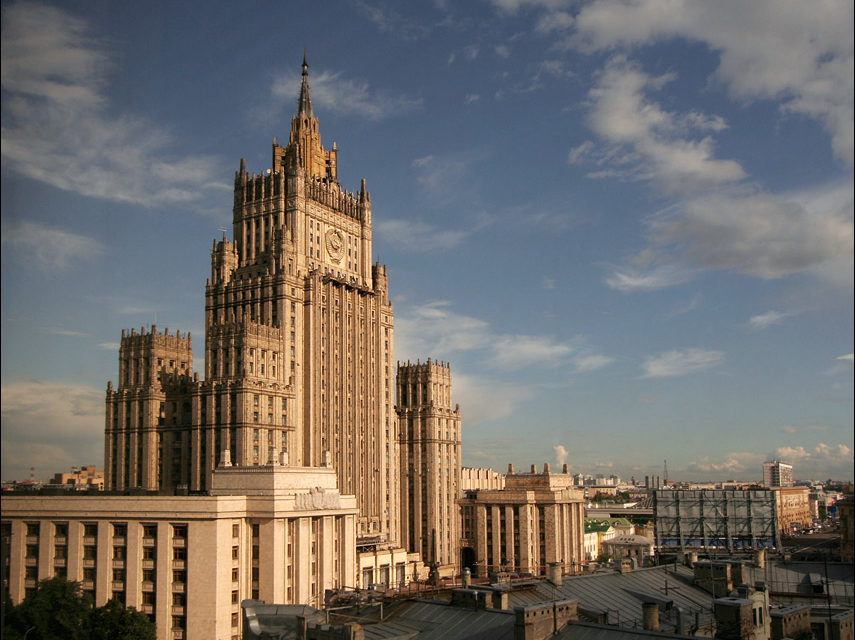 Russia’s Foreign Ministry said on Monday that the violence in Iraq is “primarily linked to events in neighboring Syria”.

“Moscow strongly condemns terrorism in all its forms and manifestations. We consider incitement to religious hatred as unacceptable. We remain convinced that the current surge of violence in Iraq has a regional dimension, being primarily associated with events in neighboring Syria,” the ministry said in a statement to reporters.

The Foreign Ministry noted that the violence in Iraq was connected with Al Qaeda.

A new wave of bombings hit Baghdad on Sunday, killing at least 20 people. The attacks happened amid attacks by Iraqi security forces on two cities in the western Anbar province — Fallujah and Ramadi — following clashes between local tribesmen and a coalition of insurgents including the Islamic State in Iraq and ash-Sham.

Moscow said it was supporting the Iraqi authorities in their line on “fighting extremism and terrorism”.

The Russian Foreign Ministry took the opportunity to use the situation in Iraq to press its line on Syria, saying that, “we are sure that a reliable and effective response to these criminal actions must be given through an early political settlement of the Syrian crisis.”

In December, Moscow had been pushing hard for the Geneva II peace conference to take place this month.

However, with that an increasingly unlikely prospect, Russia has been silent on the issue of Geneva since late December. Moscow’s position — that interntaional terrorists and extremists have taken over the Syrian insurgency, and that the newly-formed Islamic Front (IF) is another example of this, has been undermined by recent attempts between the IF and other insurgent groups to oust the Islamic State of Iraq and ash-Sham from positions in Syria.

The response to the violence in Iraq, therefore, is the first opportunity the Russian Foreign Ministry has had to push Moscow’s line that foreign terrorists have overtaken the insurgency in Syria.