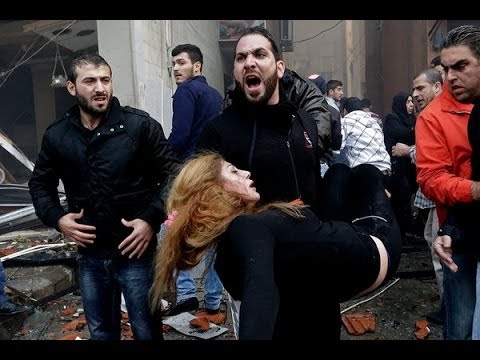 The Ministry of Health has said that at least five people have been killed and77 wounded in a large car bomb in southern Beirut on Thursday afternoon.

The death toll may rise, as the Ministry said, “DNA tests are being conducted on human remains that have yet to be identified.”

The bomb exploded in Haret Hreik, where Hezbollah is influential. Dozens of vehicles and several buildings in the mixed commercial/residential area were damaged.

Interior Minister Marwan Charbel said human remains inside the vehicle used in the explosion suggested a suicide bomber may have been involved. Officials say about 20 kilograms (44 pounds) of explosive were used in the blast.

#BeirutExplosion happened a few meters away from the political council office of #Hizbullah in #HaretHreik #Beirut pic.twitter.com/BWN7bthDDK

Another picture of the devastation, minutes after the explosion #Beirut #Lebanon (via @SimNasr) pic.twitter.com/KJAWsxGZ2n

In July and August, car bombs in the southern suburb of Dahiyeh killed at least 25 people and injured hundreds. In November, two bombs near the Iranian Embassy killed 23 people, including the Iranian cultural attache.

A Salafist cleric close to a Salafist group, the Abdullah Azzam Brigades, claimed the November attack.

This week, Lebanese officials said they had detained Majid al-Majid, the Saudi head of the Brigades.