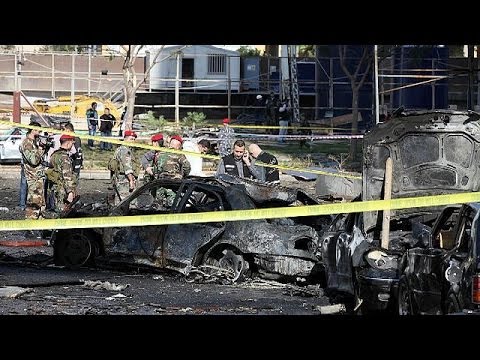 Lebanon faces political uncertainty and an escalation of tensions after Friday’s car-bomb assassination of Mohamad Chatah, a former Finance Minister and close advisor of former Prime Minister Saad Hariri and his March 14 coalition.

Six people were killed and at least 71 injured in the attack in the Ain el-Merasa district of central Beirut.

The blast, set off in a parked car as Chatah’s vehicle passed, set automobiles on fire and shattered windows in nearby building.

Hariri and the March 14 coalition accused Hezbollah and Syria of involvement in the bombing. They linked it to the long-delayed opening of a trial of five Hezbollah suspects indicted for the 2005 bombing which killed former Prime Minister Rafik Hariri, Saad’s father, and 21 other people.

The trial is due to open in The Hague in January.

Hezbollah denounced the attack as benefiting only the enemies of Lebanon, “[We believe] this heinous crime comes within the framework of a series of crimes and bombings aimed at sabotaging the country.”

The organization Lebanese to be “rational” and “wise” in the face of threats at home and called on authorities to find the perpetrators.

VIDEO: Future TV, linked to Saad Hariri, is interrupted by news of the car bombing