Syria: Did Russia Just Put Troops on the Ground? 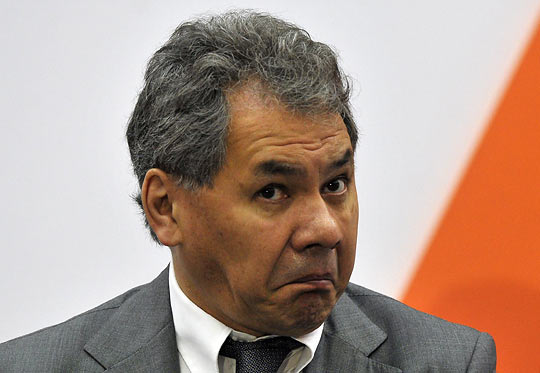 Russia Today is excited this morning about the delivery of 75 armored trucks to Syria to transport chemical stocks to the port of Lattakia for shipment and destruction.

Defense Minister Sergey Shoigu said, “Over the three days from December 18-20 we have airlifted to the Latakia airport 75 vehicles, including 50 Kamaz trucks and 25 Ural armored trucks.”

The Minister said, “It took 38 flights to Syria to deliver the materiel (sic).”

Even more interesting, however, is Shoigu’s reference to “the troops on the ground, which provided security for the operation” and the “water reservoirs, field kitchens, tents and other things” that the troops need.

RIA Novosti’s Russian service has a few more details of the operation, quoting Shoigu as saying that the Russian troops will transport the chemical weapons from Latakia port.

So will all the troops be departing Syria along with the chemical stocks or will some of them be staying behind?

“ONLY DIPLOMATIC SOLUTION WILL MAINTAIN SYRIA AS A SECULAR, SOVEREIGN STATE WITH TERRITORIAL INTEGRITY”

The announcement by Moscow that it is sending military forces to Syria to help dispose of Assad’s chemical weapons stocks comes after Russian Foreign Minister Sergei Lavrov said this week that Russia believed there was no military solution to the Syrian crisis.

Lavrov also reiterated Moscow’s line that Syrian President Bashar al-Assad and the Assad regime must have a central role in a diplomatic solution, noting that the “Syrian people” must decide their own future — in “dialog with the Syrian Government”.

In an interview with Russia’s Interfax news agency, reprinted on the Ministry of Foreign Affairs website, Lavrov said:

We are convinced that only the start of the political process on the basis of the Geneva communique of June 30, 2012, unanimously approved by UN Security Council resolution 2118, provides a chance to stop the spiral of violence, to preserve Syria as a secular, sovereign state with territorial integrity, which will safeguard the rights of all ethnic, religious and political groups, and prevent deep destabilization of the Middle East region.

But the future of Syria should be determined — and this is clearly stated in the Geneva communique — by Syrians themselves in dialog between government and opposition, without external interference.

We see our main task as promoting favorable external conditions for the success of the convening of the international conference on Syria, scheduled for January 22, 2014. We are working closely with our American partners and the UN to support intensive contacts with other interested states. Especially now, we demand concerted action by all those who have influence on the Syrian side. We understand that it will be very difficult to achieve peace in Syria — because in addition to those Syrian parties, with representatives at the negotiating table, terrorists and extremists are also fighting in Syria, with whom which nobody is going to maintain a dialog. On the contrary, it is necessary to facilitate a pooling of efforts by the Government and the opposition against extremist forces in Syria.

I do not need to explain that to settle the Syrian crisis, address other pressing international problems, and ensure global stability, much depends on the willingness of the U.S. and Russia to work together.