Iran Today, Dec 19: Zarif to Revolutionary Guards “Back Off” 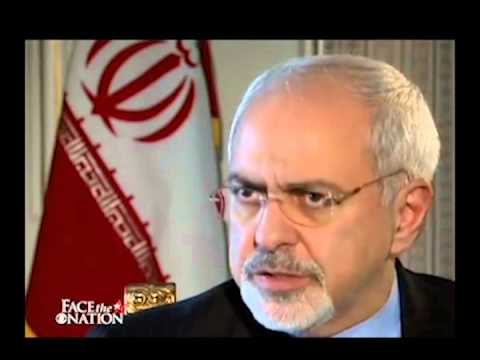 Last week, Jafari lashed out over Zarif’s reported comment that two US bombs could knock out Iran’s defense system, saying the Foreign Minister lacked the military qualifications to make such statements. Jafari also implicitly questioned if Tehran benefited from the November 24 interim nuclear deal signed with the 5+1 Powers.

Zarif responded on Wednesday, “[Jafari’s] opinion is respected although I have negotiated more and do not have this belief. I believe that what we have achieved has been notable.”

Some said I do not have qualifications but I say I have taught international security for 20 years and have read America’s security documents. The concern of America is not about our weapons rather it is about our nation, meaning if they strike our weapons we will rebuild again.

The Supreme Leader appears to have reacted to the report that Iran is #1 among 98 developed nations for “brain drain”, the departure of professionals from the country:

[Migrating overseas] is an escape from #responsibility by going somewhere to seek a little better personal life. #Migrants Day

I have always said that I give reason to our talented young ppl who have right to hold expectations frm officials to do something for them.

but if officials have come up short,our young ppl shuldn't create justification;turn their back to their country &say goodbye we're leaving!

Leading MP: House Arrests of Mousavi & Karroubi “Can Be Solved If There is No Fuss”

After their latest visit with their detained parents, the daughters of opposition leaders Mir Hossein Mousavi and Zahra Rahnavard have said that their spirits are good but have expressed concern about their health.

Meanwhile, MP Kazem Jalali, the head of Parliament’s Research Center, has said that the 33-month house arrests of Mousavi and fellow 2009 Presidential candidate Mehdi Karroubi “will be solved with the prudence and management of President Rouhani, if the political parties keep their calm and do not fuss”.

Spekaing in his birthplace of Rafsanjan, former President Hashemi Rafsanjani has said that Iran “needs moderation as extremism during the past few years has damaged the country”.

Rafsanjani balanced between implict criticism of hard-liners and praise of the Supreme Leader, saying Ayatollah Khamenei had saved the country from extremism on three recent occasions: 1) during the June election of President Rouhani, “when he said people votes must be counted and respected”; 2) during nuclear negotiations with the 5+1 Powers, when he supported Iranian diplomats against “extremists”; and 3) after the interim nuclear deal of November 24.

The opposition website Kalemeh claims that Iran tops the list of 98 developed countries in the loss of qualified professionals.

The report says 180,000 people leave the Islamic Republic each year in the “brain drain”.