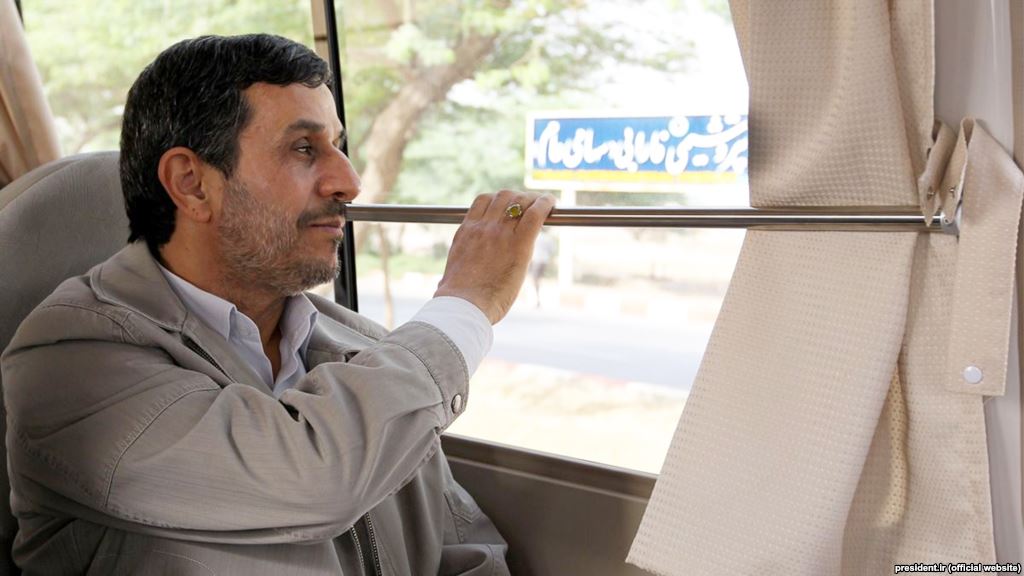 Mahmoud Ahmadinejad has been unusually quiet since he stepped down from the Presidency in August. We have not seen much of him, apart from an Expediency Council meeting last week in which he looked quite glum. He was even absent from a court hearing earlier this month, avoiding questions about his management of Iran’s finances.

Ahmadinejad did send a letter demanding a debate after President Rouhani told State TV of his predecessor’s errors on the economic front. However, Rouhani’s office dodged the challenge, and the Government continued to pile blame on the former President.

However, Ahmadinejad and his men have tried to hit back in dramatic fashion this week, threatening to expose “corruption” among Iran’s elite over more than a decade.

Their campaign has been prompted by another threat, to the record and possibly to the freedom of the former President’s allies.

Earlier this month, a Government panel put out an extensive report claiming corruption and embezzlement in the Social Security Organization, led by Ahmadinejad’s ally Saeed Mortazavi until August 2013. Reviewing 178 companies involved in the organization, the report claimed manipulation of executive positions and bribery that included “gifts to 37 MPs”.

The panel targeted billionaire Babak Zanjani, suspecting him of illegal activity over $2 billion in funds. Sources told EA that the tycoon had been discreetly placed under arrest. The publication Tabnak posted documents which it claimed implicates not only Zanjani but also Mortazavi, the former Tehran Prosecutor General who had become Ahmadinejad’s senior advisor despite his implication in the killings of protesters in Kahrizak Prison in 2009.

Mortazavi, who has spent years avoiding imprisonment over the Kahrizak case, decided to go on the offensive. He submitted a list to Parliament of the MPs whom had supposedly received the “gifts” from the Social Security Organization. Some of these were Ahmadinejad supporters; however, Mortazavi added other MPs and claimed they had been rewarded by previous head of the Organization — including the current Deputy Head of Parliament, Mohammad Reza Bahonar.

Mortazavi’s tactic appears to be a refrain of the threat made by Ahmadinejad in 2011, when he said that he would reveal damaging documents on figures within the regime if they crossed the “red line” of political or legal punishment of his and his inner circle. It also harked back to the former President’s counter-attack in February 2013, when he declared on the floor of Parliament that the family of Speaker Ali Larijani was involved in corrupt activities. The allegation was later complemented by supposed video evidence, probably leaked by Mortazavi, of Larijani’s brother Fazel dealing in political favors.

On Thursday, there was another twist in the plot. The allegation surfaced that nine Iranian newspapers had been paid by Mortazavi to publish “positive” reports on the use of Social Funds.