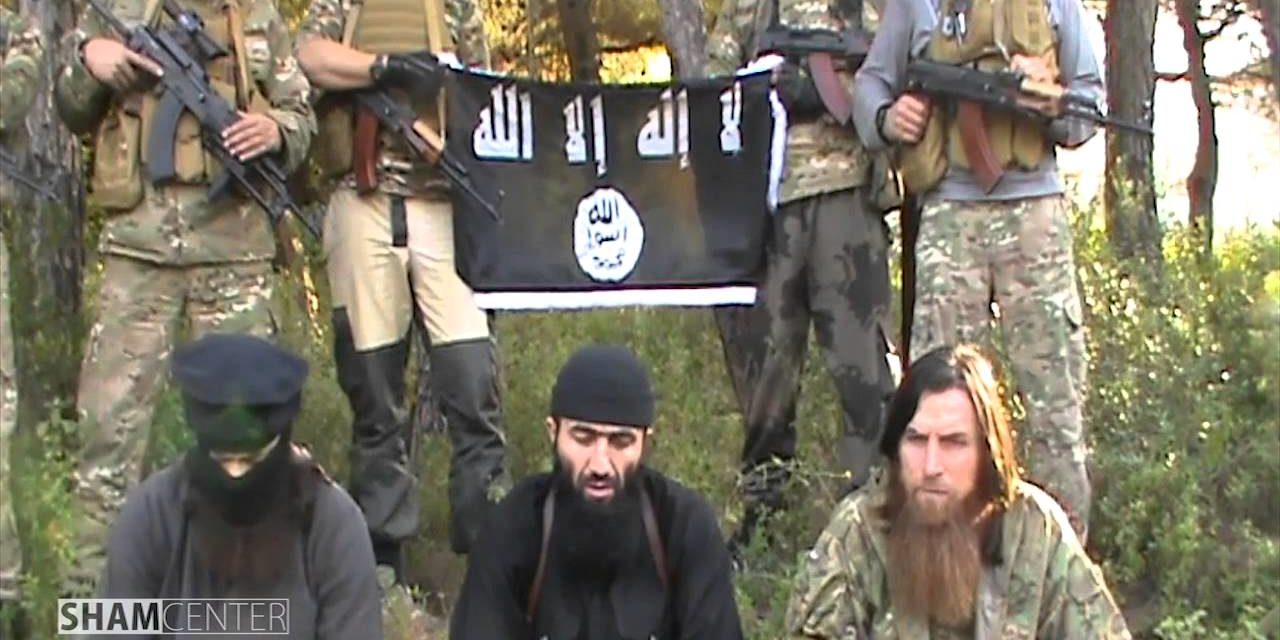 The pledge of allegiance by Islamist faction Jaish al-Muhajireen to the Islamic State of Iraq and as-Sham’s leader Abu Bakr al-Baghdadi has highlighted a story which may be even more significant: the culmination of a months-long dispute between Jaish’s leader, Abu Umar al-Shishani, and his former second-in-command, the Chechen fighter known as Seyfullakh.

The conflict between Abu Umar and Seyfullakh centers on a difference of opinion over whether Chechen fighters should be independent or whether they should pledge allegiance to ISIS.

On Thursday, a Twitter account linked to pro-jihad factions from the North Caucasus tweeted that Seyfullakh’s disagreement with Abu Umar was over the former’s insistence on separation from ISIS:

A longer statement posted on the Internet explains that Seyfullakh was not guilty of blasphemy or any other crime, but that he wanted to keep himself and other fighters independent from the Iraqi organization. The statement notes that Seyfullakh has participated in battles to liberate many areas in Syria, and that he was now calling for fighters from the Caucasus to set aside their differences and focus on military action rather than dispersing.

sources: the disagreement between Saifullah & Umar Shishani is an organisational not ideological. (4) Fin

Earlier this month, Seyfullakh made this video statement, in which he called for unity:

“Today we have come here to unite… Alhamdulillah, we will continue to work, inshallah, together…the various disagreements will be resolved inshallah….We have gathered here to wage jihad, we are waging jihad and we will continue the jihad,” Seyfullakh says, pointing to the Chechen fighters on either side of him — Musa Shishani and Muslim Shishani.

Seyfullakh then allows Muslim Shishani, to speak. Muslim Shishani reiterates that the group have gathered to unite together. This should have happened before now, he says; however, little by little, people are uniting and this unity will produce good results:

Muslim Shishani describes a discussion held by a group of Chechen fighters, including “Umar Shishani” — presumably Abu Umar al-Shishani, the leader of Jaish al-Muhajireen wal-Ansar — and Seyfullakh, in an Shura Alimov (Board of Muslim theologians).

Muslim Shishani says that the group said they could not go to fight in Chechnya, so they came to Syria, though they had pledged allegiance to Dokka Umarov, the leader of the Caucasus Emirate.

He adds that one of the leaders of the group advised that, if a fighter was in a region where Dokka Umarov held sway, then they had to submit to him; however, if the fighter left the territory over which Dokka Umarov holds sway, then he was not obliged to do so. If there is another emir in that territory who has influence, then you are obliged to submit to him — provided he rules over an entire area.

Muslim Shishani said that, after hearing all arguments, the group decided that they needed to be independent in Syria and decide issues together according to Sharia Law. The fighters from the North Caucasus, he says, are in Syria to help as much as they can.

Background to the conflict

In September, Seyfullakh broke away from Jaish, saying that he had formed a new brigade independent of the Islamic State of Iraq and ash-Sham.

Jaish al-Muhajireen wal-Ansar or Army of Emigrants and Helpers, led by Abu Umar Al Shishani, is the largest group of Chechen militants fighting in Syria, and has cooperated with ISIS. Indeed, Abu Umar, Jaish’s Emir, has acted as the leader of ISIS’s northern branch.

However, until now, Jaish had not formally sworn allegiance to ISIS and many of its fighters have been trying to find a way to break with the Iraqis. In part, this is because many of the Chechen fighters have already sworn their allegiance to Dokka Umarov, the leader of the North Caucasian Islamist militant group, the Caucasian Emirate.