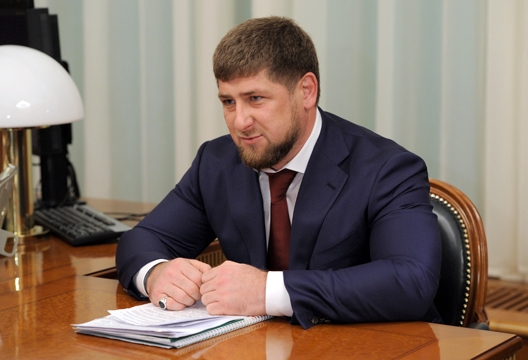 The head of the Chechen Republic, Ramzan Kadyrov, has fired the director of Chechnya’s Federal Migration Service, Asu Dudurkaev, accusing him of having a daughter in Syria with connections to “Wahhabist” insurgents.

Kadyrov made the announcement on his Instagram page, which the Chechen leader uses to make communications about various policy and governmental matters.

Tonight I met with the staff of the Federal Migration Service of the Russian Federation in the Chechen Republic.

Appeals about poor performance management have been received from residents of the Republic. Citizens argue that employees are often rude, tactlessness, procrastinate, and delay paperwork. Previously, we brought these questions to the attention of the head of the FMS, Asu Dudurkaev, and asked him to restore order. But an audit showed that nothing has changed for the better.

In private conversations, citizens said that all the red tape in the work of FMS staff is connected with a desire to force citizens to make payments.

Moreover, Dudurkaev, as the leader of one of the most important structures, has no moral right to speak with subordinates about morality and patriotism and religion. His own daughter is in the ranks of the Wahhabis and bandits, who are shedding the blood of civilians, and blowing up Islamic shrines in Syria.

We offered to help him in getting his daughter to return, but he stated that this issue will be resolved. And the daughter is still there with the bandits.

For these and other reasons, we have concluded that it is impossible to trust Dudurkaev further in this post.

He has been asked to write a letter of resignation to his superiors, which will be done. Order will be restored to the FMS!

ITAR TASS quotes the prominent political analyst Abdullah Istamulov as saying on the matter, “It’s a very sad event. Asu Dudurkaev left, admitting that he could not resolve the situation with his daughter. Woe for any father who raises a child who does not live up to his expectations. We knew the situation, knew that she should be resolved, and assumed that it would end this way.”