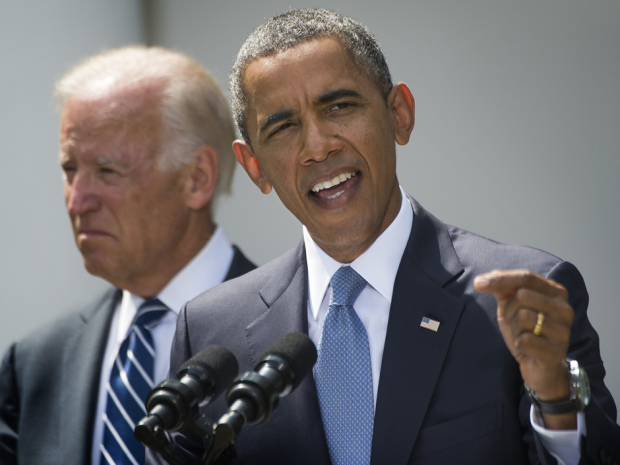 Making a tour of Sunday political talk shows, US Secretary of State John Kerry has said the US has proof that the Assad regime used sarin gas in attacks near Damascus on August 21.

Kerry told NBC TV, “In the last 24 hours, we have learned through samples that were provided to the United States and that have now been tested from first responders in East Damascus, (that) hair samples and blood samples have tested positive for signatures of sarin.”

The regime continues its bombardment of Jobar in the Damascus suburbs, following the August 21 chemical attacks, but has not managed to capture the neighborhood. This footage claims to show insurgents clashing with regime forces in the neighborhood on Sunday.

Meanwhile, State media reports indicate that the insurgency is still managing to hit targets in central Damascus. On Sunday, SANA reports that civilians were injured when insurgents struck Al Abbasiyyin in the city center. On August 20, a day before the chemical attacks, insurgents claimed to have launched attacks on Al Abbasiyyin from Jobar. This linked map shows the location of Abbasiyyin Square and Jobar to its northeast.

Regime forces continue to bombard Muadamiyeh Ash Sham in West Ghouta, the site of one of the August 21 chemical weapons attacks.

Footage posted on Sunday shows plumes of smoke rising as the regime hit the town with artillery fire.

This video, also from Sunday, shows the extent of the damage to residential areas of the town:

However, despite ten days of heavy bombardment following the chemical weapons attack, the regime has not yet succeeded in capturing Muadamiyeh Ash Sham. This video shows a Free Syrian Army control room inside the town:

The FSA’s Liwa Al-Fajr is one of the brigades stationed in Muadamiyeh Ash Sham. This footage from Saturday shows the brigade firing on regime positions:

Footage posted on Sunday from the Ashrafiyeh District, Aleppo shows insurgents firing on regime positions including using the home made “hell cannon:

Activists report that the shelling is taking place amid intense clashes between the FSA and regime forces in the area around the National Hospital.

CNN posts the text of the draft legislation for Congressional authorization of military action:

The President is authorized to use the Armed Forces of the United States as he determines to be necessary and appropriate in connection with the use of chemical weapons or other weapons of mass destruction in the conflict in Syria in order to —
(1) prevent or deter the use or proliferation (including the transfer to terrorist groups or other state or non-state actors), within, to or from Syria, of any weapons of mass destruction, including chemical or biological weapons or components of or materials used in such weapons; or
(2) protect the United States and its allies and partners against the threat posed by such weapons.

Syrian Deputy PM: Syrian Army Forced Obama to Back Down

Syria’s Deputy Prime Minister Qadri Jamil says the readiness of the Syrian armed forces has made the United States to postpone a military strike on Syria.

“The Syrian army’s readiness is what warded off US aggression against Syria,” Jamil said on Saturday.

Syrian State newspaper Al-Thawra gloats, “Whether the Congress lights the red or green light for an aggression, and whether the prospects of war have been enhanced or faded, President Obama has announced yesterday, by prevaricating or hinting, the start of the historic American retreat.”

The paper said Obama’s reluctance to take military action stems from his “sense of implicit defeat and the disappearance of his allies.”

“Senior administration officials” have told the Associated Press that President Obama suddenly changed his mind about airstrikes on Syria on Friday night.

The officials said that on Saturday, August 24 — three days after the Assad regime’s chemical weapons attacks near Damascus — Obama declared that his strong inclination was to act. The issue was not if the US would respond, but when.

The sources that, while some members of Congress signed a letter asking for no military action without their approval, no Senate or House of Representatives made that request personally to the White House. They said seeking a vote to authorize a strike was not even tabled as an option by the White House.

However, on Friday night — after a statement by Secretary of State John Kerry pointing to immediate military action and milder comments by the President — Obama told his chief of staff, Denis McDonough, that he wanted the Congressional endorsement.

Some advisers dissented at a National Security Council on Saturday morning, but after two hours, the President’s change of course was approved.

The Local Coordination Committees claim 39 people were killed on Saturday, including 13 in Damascus and its suburbs.

The Violations Documentation Center put the number of dead at 71,813 since the conflict began in March 2011, an increase of 90 from Friday. Of the dead, 54,223 are civilians, a rise of 47 from yesterday.

In a sudden, unexpected change of course, President Obama said on Saturday that he will ask Congress for approval of any military action in response to the August 21 use of chemical weapons by the Syrian regime.

Only 24 hours earlier, Washington appeared to be on the brink of airstrikes on Syria. with a hard-hitting speech by US Secretary of State John Kerry and the presentation of declassified intelligence about the chemical weapons attacks. Obama’s decision means there will be no response before Congress returns from its Summer Recess on September 9.

Obama’s rhetoric about President Assad was tough, “What message will we send if a dictator can gas hundreds of children in plain sight and pay no price?….We must acknowledge costs of doing nothing.” His key line, however, was that the US was also a “Consitutional Democracy” — while he was not required to get approval of the “limited” military action, “our country will be stronger if we have this debate”.

We offer an analysis, as well as video of Obama’s speech, in a separate entry.