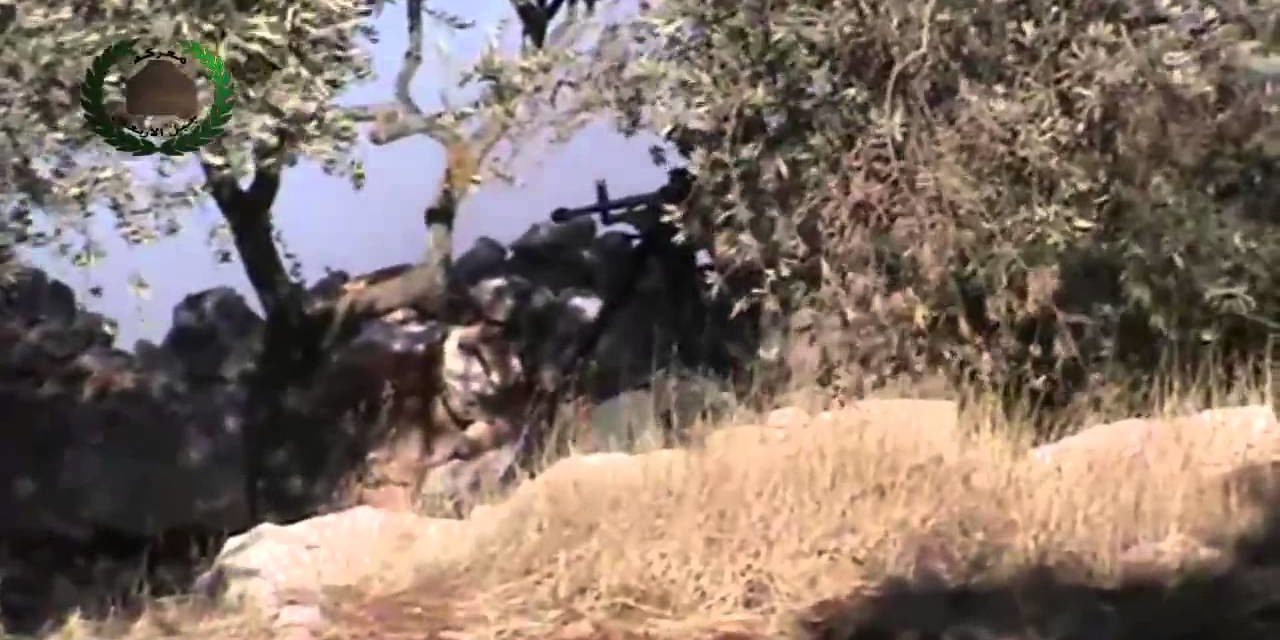 Activists in Idlib report that the regime has intensified air bombardment — with both warplanes and attack helicopters — on insurgent positions around the Abu Al Duhur military air base in Idlib, about 45 kilometers southeast of Aleppo. Free Syrian Army fighters are laying siege to the airbase, preventing regime warplanes from landing or taking off.

The humanitarian crisis in the West Ghouta town of Moadamiyyat Ash Sham — the target of one of the August 21 chemical weapons attacks — is deepening, activists say, as a months-long regime siege coupled with ongoing regime bombardment and attempts at a ground invasion are preventing basic necessities from reaching civilians trapped in the town.

Footage posted by activists on Wednesday shows some of the victims of the deepening humanitarian crisis — young children and babies who are severely malnourished. Images in the following footage, taken in a field hospital in Moadamiyyat Ash Sham, show local doctors and paramedics trying to treat some of these children, and may disturb some readers. One activist on Facebook has described the siege as a “massacre by hunger”.

Earlier this week, we reported on the death of a baby girl in Moadamiyyah, who died of malnutrition because of the siege. Activists in Syria have told us the name of the baby. She was one-year-old Rana Obaid. This link shows another photograph of Rana before her death. Warning — this image is graphic. We choose to post the link to this photograph not to shock readers, but because we feel it is imperative to report the news. We feel that to choose not to post pictures of children like Rana would be to ignore them.

UPDATE: Footage from Wednesday afternoon shows airstrikes on the area:

Activists are reporting heavy fighting between regime forces and Free Syrian Army fighters in the area around Mount Al Arbaeen in Idlib Province. Several regime soldiers have been injured during the clashes.

In retaliation, the regime has launched airstrikes on the region around Mt. Al Arbaeen, and is shelling villages and towns in the Mount Azzawiyah area with rockets.Regime helicopters are also dropping barrel bombs on villages in the area.

This footage (from about halfway through the short video) shows insurgents targeting regime tanks with RPGs.

Fighting in the Damascus suburbs — over which the Assad regime has been trying to assert control for months — continues on Wednesday, with the regime trying to retake key areas and roads.

The regime has launched airstrikes on Shebaa, particularly around the Damascus Airport Motorway:

Regime forces continue to battle for the key West Ghouta town of Moadamiyyat Ash Sham, the target of one of the August 21 chemical weapons attacks. The regime has launched artillery shells on the town amid ground clashes between FSA and regime forces on the northern front of the city. For days, the regime has tried to send a ground troop invasion into the town — which is under heavy siege — but so far, the insurgency has succeeded in repelling them. The town’s infrastructure has been almost completely destroyed by regime shelling and airstrikes, as this footage from Wednesday shows:

State news agency SANA said al-Halqi spoke about the need to curb “the rising prices of essential goods”, suggesting that “administrative pricing” could be a solution.

Al-Halqi also indicated shortages, declining production, and cuts to basic services: he said “the government is rallying resources to achieve food, industrial and energy security in order to reach self-sufficiency” as well as “supporting the agricultural sector”.

The Prime Minister instructed Ministers to ensure the availability of oil and “petroleum products” in all provinces. He implicitly recognized Iranian assistance, saying “Syria has received oil shipments that should meet its needs for more than a year”, but recognized the takeover of oilfields in eastern Syria by insurgents with their “primitive refining”.

Pointing to the declining Syrian currency, al-Halqi said the Government will prosecute anyone who tries to manipulate national economy and exchange rates.

State news agency SANA reports that three people were killed and 11 injured by a suicide car bomb in the al-Tadamoun section of Damascus.

The agency also reports renewed mortar fire by insurgents into the capital, injuring people in the al-Abassiyeen and Zablatani neighborhoods.

The Local Coordination Committees report that 51 people were killed on Tuesday, including 15 in Damascus and its suburbs and 11 in Homs Province.

The Violations Documentation Center puts the number of dead at 73,934 since the conflict began in March 2011, an increase of 31 from Tuesday. Of the dead, 55,397 are civilians, a rise of 14 from yesterday.