Bahrain Feature: Slapped by A Policeman, Thrown In Prison for Complaining 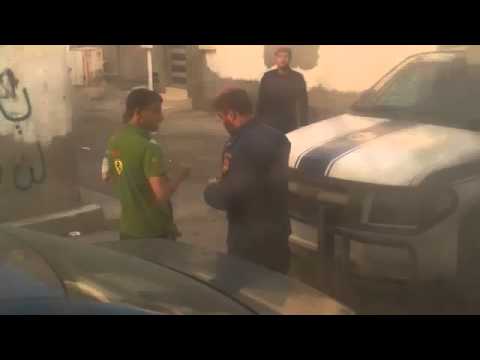 Last December, Haidar Abdul Rasool, carrying a child in his arms, was slapped by a policeman in Bahrain. He spoke to the media and went to court to file charges against the officer; however, it was only after the video of the incident went viral that the Ministry of Interior promised an investigation into the incident.

In June, the officer was sentenced to 2 months imprisonment and fined 50 Bahraini dinars ($133); it is not clear if the sentence was served.

On Sunday, Abdul Rasool was arrested in a dawn raid on his home in the village of Aali. Yesterday the public prosecution ordered his detention for 60 days under Bahrain’s recently-expanded counter-terrorism law.