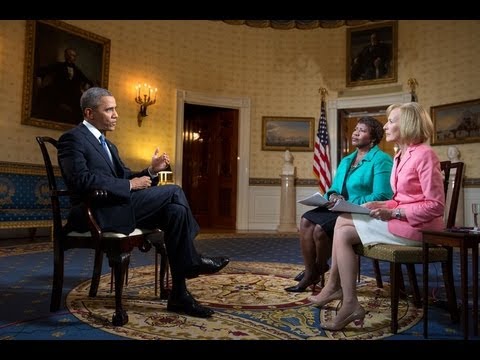 On Wednesday night, President Obama spoke with the US Public Broadcasting Service’s Newshour about the possible US response to the Syrian regime’s use of chemical weapons last week:

JUDY WOODRUFF: Mr. President, you’ve just come from making a speech at – celebrating a nonviolent event, the March on Washington, Martin Luther King’s speech 50 years ago. We’re going to get to that in just a moment. But first, we want to ask you about a place where there’s been too much violence: Syria. How close are you to authorizing a military strike? And can you assure the American people that by doing so, given Iraq and Afghanistan, that the United States will not get bogged down in yet another war halfway around the world?

PRESIDENT OBAMA: Well, first of all, I’ve not made a decision. I have gotten options from our military, had extensive discussions with my national security team.

So let me talk about what’s at stake here. I think we all understand terrible things have been happening in Syria for quite some time, that the Assad regime there has been killing its own people by the tens of thousands, that there are sectarian arguments that have spilled over into bloodshed and have escalated over the last couple of years. And although what’s happened there is tragic, and although I have called for Assad to leave and make sure that we got a transitional government that could be inclusive in Syria, what I’ve also concluded is that direct military engagement, involvement in the civil war in Syria, would not help the situation on the ground. And so we’ve been very restrained, although diplomatically, we’ve been very active; we’ve been providing a lot of humanitarian aid to people who’ve been displaced by the war.

This is a volatile country in a very volatile region. We’ve got allies bordering Syria. Turkey is a NATO ally, Jordan a close friend that we work with a lot. Israel is very close by. We’ve got bases throughout the region. We cannot see a breach of the nonproliferation norm that allows, potentially, chemical weapons to fall into the hands of all kinds of folks.

We have looked at all the evidence, and we do not believe the opposition possessed nuclear weapons on – or chemical weapons of that sort. We do not believe that, given the delivery systems, using rockets, that the opposition could have carried out these attacks. We have concluded that the Syrian government in fact carried these out. And if that’s so, then there need to be international consequences.

So we are consulting with our allies. We’re consulting with the international community. And you know, I have no interest in any kind of open-ended conflict in Syria, but we do have to make sure that when countries break international norms on weapons like chemical weapons that could threaten us, that they are held accountable.

JUDY WOODRUFF: But Mr. President, with all due respect, what does it accomplish? I mean, you’re – the signals the American people are getting is that this would be a limited strike or of limited duration. If it’s not going to do that much harm to the Assad regime, what have you accomplished? How – what – what’s changed?

PRESIDENT OBAMA: Well, Judy, again, I have not made a decision, but I think it’s important that if, in fact, we make a choice to have repercussions for the use of chemical weapons, then the Assad regime, which is involved in a civil war, trying to protect itself, will have received a pretty strong signal, that in fact, it better not do it again. And that doesn’t solve all the problems inside of Syria, and, you know, it doesn’t, obviously end the death of innocent civilians inside of Syria.

And we hope that, in fact, ultimately, a political transition can take place inside of Syria, and we’re prepared to work with anybody – the Russians and others – to try to bring the parties together to resolve the conflict, but we want the Assad regime to understand that by using chemical weapons on a large scale against your own people – against women, against infants, against children, that you are not only breaking international norms and standards of decency, but you’re also creating a situation where U.S. national interests are affected, and that needs to stop.

GWEN IFILL: Mr. President, with all of the mayhem in the Middle East involving allies like Israel and Jordan and refugees on the border and potential action in Syria and the collapse of the government in Egypt, do you worry at all that your administration underestimated what the toll would be of an Arab Spring?

PRESIDENT OBAMA: Well, I don’t – I think we anticipated this would be a really difficult process. I mean, you’ve got a region that, for decades, has basically been under autocratic rule. And people have been suppressed, and there were no traditions of civil society. There were no traditions of political freedom. And then suddenly, folks are allowed to express themselves, but a lot of their organizing principles end up being around extremist agendas, in some cases; more moderate forces sometimes haven’t get got their act together. So we anticipated that this was going to be a very difficult path. We’re not surprised by that.

The one thing, though, maybe implicit in your question, Gwen, is some suggestion that there was something we could do to prevent it –

GWEN IFILL: That was implicit in my question.

PRESIDENT OBAMA: – and I think if the idea is that what we should have done is done more to shore up autocratic governments, that we should have stood by while governments that we had relationships with killed their own people – peaceful, innocent protesters – then I suspect you’d have a different set of questions for me.

And so we don’t have good options, great options, for the region. But what I am clear about is that if the United States stands by its core values and its core interests; if we’re very clear about making sure that we’re stopping terrorist attacks against the United States; if we are very clear about our, you know, commitment to the safety and security of Israel; if we are clear about the free flow of energy throughout the region that affects the entire global economy; but also if we’re clear about our values and that we believe in inclusive governments, that we believe in the protection of minority rights, that we believe in women’s rights, that we believe that over time it’s better for governments to be representative of the will of their people, as opposed to being, you know, dictated to by authoritarian governments; if we are consistent in those principles, then eventually, I think, we’ll be better off. But it doesn’t mean that we’re not going to have some very difficult problems in – in the meantime.

GWEN IFILL: I do have one more brief question about Syria.

GWEN IFILL: For the American people who look at this and say, why are we getting involved, how do you justify taking action? I know you talked about international norms because of chemical weapon use, but not because of the 100,000 people who were killed there in the past, and the 2 million refugees who fled across the border.

PRESIDENT OBAMA: Well, what’s happened has been heartbreaking, but when you start talking about chemical weapons in a country that has the largest stockpile of chemical weapons in the world, where over time, their control over chemical weapons may erode, where they’re allied to known terrorist organizations that, in the past, have targeted the United States, then there is a prospect, a possibility, in which chemical weapons that can have devastating effects could be directed at us. And we want to make sure that that does not happen.

There is a reason why there is an international norm against chemical weapons. There’s a reason why consistently, you know, the rules of war have suggested that the use of chemical weapons violates Geneva Protocols. So they’re different, and we want to make that they are not loose in a way that ultimately, could affect our security.