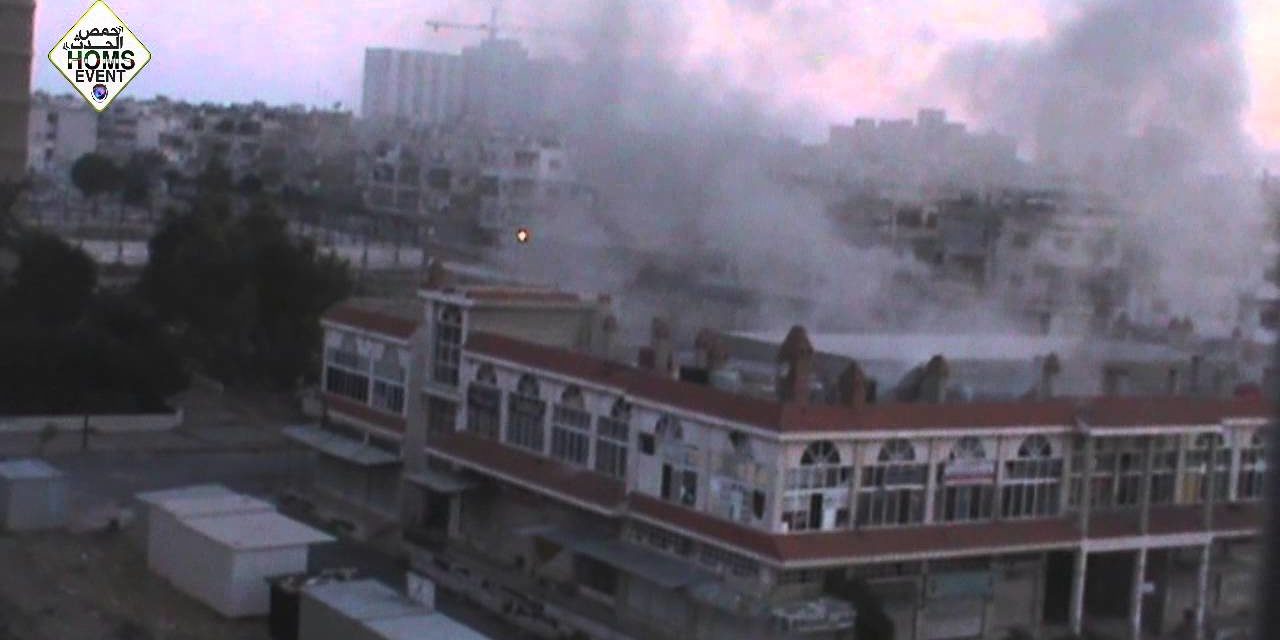 Update — since posting this report on Thursday morning, regime attacks continued. This footage, posted by activists on Thursday afternoon, shows the aftermath of a regime rocket strike on Al Wa’er.

While the Assad regime showed off its “victory” in Homs on Wednesday — with State media publishing photos of a walkabout by government officials in the al-Khalidiyeh neighborhood — activists on Thursday continued to document heavy shelling and clashes in the city’s Al Wa’er suburb.

On Thursday morning, activists used Facebook to report that the regime is bombarding the city with tanks and mortars.

Locals reported that a huge explosion rocked the neighborhood earlier on Thursday, as activists said the regime had sent reinforcements to help in the bombardment of Al Wa’er.

New military reinforcements have reached Al Mazraa checkpoint “regime” that is at the entrance of Al Waaer neighborhood!


Activists also claimed that civilians in Al Wa’er had been instructed to remain inside to shelter against the fierce bombardments:

Residents of the densely populated Al Waer neighbourhood, many of them displaced women and children, are being instructed to remain in interior rooms of houses or in basements if any are available due to regime forces subjecting homes in the neighbourhood to ferocious bombardment with mortars and heavy machine guns.


How many people live in Al Wa’er? According to the UNHCR, Al Wa’er is home to an estimated 400,000 people, half of whom have been displaced from other areas of Homs Province – mainly Baba Amer and the old city of Homs.

There have been civilian casualties in Al Wa’er over the past few days — but we do not know how many people have been killed or injured.

Activists on Thursday posted a photograph of one victim, an insurgent paramedic, named as Abdel Hafeez Ikhwan, who was reported killed this morning as he attempted to rescue wounded civilians in Al Wa’er, under heavy shelling.

Others posted hastily-shot video footage and photographs of the shelling, which lasted overnight and continued at dawn and into the morning, including this image of buildings under attack: 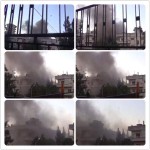 This footage, taken at dawn on Thursday, documents an attack on a building in the neighborhood:

Other footage shows damage caused by a mortar hit on a building in Al Wa’er on Thursday morning:

Meanwhile, activists said that regime was also using tanks to shell Al Wa’er this morning, and claimed via Facebook that regime forces are moving in more tanks to help with the continued bombardment:


The regime also used tanks to shell Al Wa’er on Wednesday, activists say. This footage, posted on Wednesday, shows the inside of a home hit by tank shelling. The family survived, somehow:

On Sunday, State television reported that at least three people in Al Wa’er were killed and several others injured when a car bomb exploded. The regime blamed insurgents for the bomb.

State media said that car bomb hit the Mazraa roundabout in the al-Waer district. Activists in Al Wa’er said that following the bomb, regime forces shelled the area with mortars, apparently in retaliation:

Al Wa’er has been under attack for some time. In May, the UNHCR reported that heavy clashes between government and opposition forces in Al Wa’er broke out on May 16th and resumed after a two-day lull.

During May’s fighting, the UNHCR said, “at least five buildings hosting hundreds of Internally Displaced Persons (IDPs) have been seriously damaged. In one, Alarabaeen tower, a family of seven was killed during mortar attacks. At least seven other persons were killed in separate incidents, and we know of 32 persons having been injured.”