Syria Analysis: Was There a Mass Killing of “Christians” by Insurgents Near Homs? 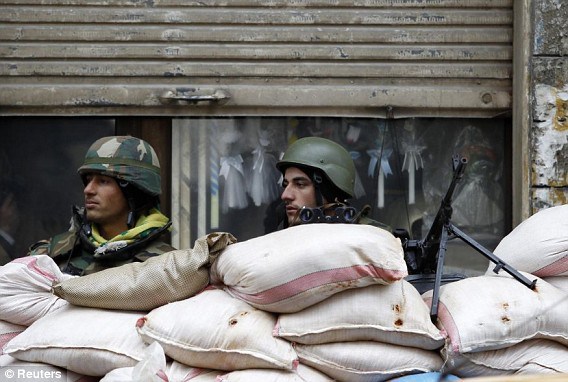 The implication is that insurgents deliberately targeted civilians in a sectarian attack, west of Homs. Al Jazeera English elaborates, “Syrian rebels have killed at least 11 people, including civilians….Nine of those killed in the attack on Saturday were Christians.”

However, if you read the story — and then look around it — red flags begin to appear around that presentation.

Al Jazeera’s story soon undermines itself with the indication that this was not an assault on civilians but a military operation in which bystanders were slain: “Rebels attacked checkpoints manned by the pro-government National Defense Forces militia, killing five of them….The checkpoint had been used as an artillery base to bombard the rebel town of Hosn, about 2 kilometers away.”

So what is the evidence that six civilians, including two women, also died? This is all: “A resident who visited the site of the overnight attack said he saw the remains of a destroyed checkpoint and two civilian cars nearby, whose passengers may have been caught up by chance in the fighting.”

That, however, is its only sentence — there is no reference to the specific event. Or women. Or Christians. We are given just a lurid, generic picture of bodies to “prove” that this was a mass killing of civilians.

Al Jazeera tries to establish authority for the article with the sub-headline “Women among 11 killed in attack west of the city of Homs, activists and residents say.”

The only resident is the person who saw the checkpoint and two “civilian cars”.

That leaves “the Britain-based Syrian Observatory for Human Rights”. The SOHR — prominent in putting out claims to news agencies with the general assurance that it has a “network” of sources on the ground — gives no support for its allegations. There is not a single piece of evidence pointing to 11 casualties, let alone Christians or women.

Nor is there any further explanation of events which might clarify what exactly happened at the checkpoint at the Ain al-Ajouz crossroads on the al-Hwash-al-Nussira road.