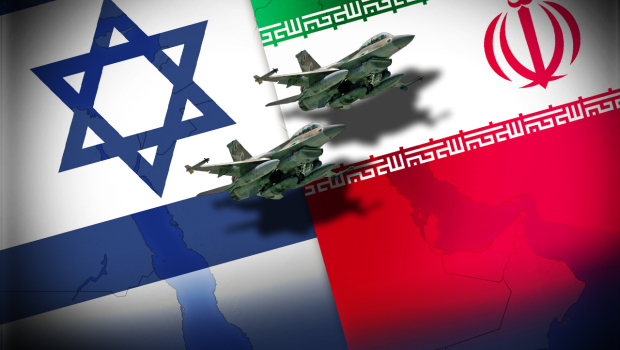 More warnings from the Iranian regime on Wednesday about any US-led airstrikes on Syria, with Israel getting special attention….

The deputy head of the armed forces, Masoud Jazayeri, declared that Israel will “burn” if the Assad regime is attacked:

In case of a military action by the anti-Syria front, the Syrian nation will resist and the result of their resistance will be victory….

What is currently referred to as the US and Britain’s military action against the innocent Syrian nation is in fact a Zionist operation aimed at boosting the morale of the occupying and dying Zionists.

Alaeedin Boroujerdi, the chair of Parliament’s National Security Committee, asserted that Israel would suffer a “much graver loss” than its “defeats” in the 2006 war in Lebanon in the summer of 2006, and last November’s eight-day conflict in Gaza:

Given the sensitivities in the region and the critical situation imposed on Syria particularly the use of chemical weapons by terrorists, any further warmongering in the country will have dire consequences for the US and the Zionist regime.

On the diplomatic front, Press TV reports that Foreign Minister Mohammad Javad Zarif spoke with several European counterparts. The outlet insists, “The Italian and Swiss foreign ministers, Emma Bonino and Didier Burkhalter, said their countries are against any military strike on Syria.”

The two presidents stressed that any use of military force against another country without a mandate from the United Nations is a blatant violation of international law.

Putin and Rouhani emphasized that the Syrian crisis must be resolved only through diplomatic means.

Although Google is banned in Iran, the Supreme Leader’s office announced on Thursday that Ayatollah Ali Khamenei has opened an English language account on Google’s social network, Google Plus.

The Supreme Leader used the account to express a sentiment that perhaps many will identify with — Khamenei bemoans the laziness of today’s youth:

I often overcome the laziness and weaknesses typical of my age and climb a few steps up the mountains near Tehran and find no one there! It saddens me! I feel sorry why our youth do not enjoy such beautiful natural environments.


Russian Manufacturers: Undelivered S-300 Missiles to Iran Have Been Destroyed

Could Russia be signalling to the US that, while it will challenge Washington over Syria on the political front, it does not want a general showdown — for example, with Moscow’s full support of an Iranian stand versus the Americans?

The S-300 advanced air defense missile systems that Russia refused to deliver to Iran have now been completely dismantled and scrapped, the CEO of the company that built them said Thursday.

“The equipment that was to have been delivered to Iran is no more,” Almaz-Antey Corporation’s CEO Vladislav Menshchikov said. “We have dismantled it completely. Some elements, which could be used, have been used. Some have been scrapped.”

Every contract is made for a particular client and cannot be adjusted to the requirements of another, he said.
“The makeup is different, the specifications are different, and the software is different.”

Russia signed a deal in 2007 to send four S-300 batteries to Tehran but it annulled the contract in 2010. Iran filed a $4 billion lawsuit for compensation over the failed deal, a case under review in an international arbitration court in Geneva.

While Iranian military leaders have continued talking tough on any Western action in Syria, Rouhani is still emphasizing the need for a diplomatic solution to the Syria crisis, saying that the UN inspections must be impartial, that the West should not jump to conclusions about the perpetrators of last Wednesday’s attacks, that Iran condemns the use of WMD, and that military action must be based on international law.

The President’s office used Rouhani’s English Twitter account — intended for an international, English-speaking audience — to put these messages out:

In convo w Pres Putin last night, agreed any use of military force against another country without UN mandate blatant violation of intl law

As I've said in the past, I'm a lawyer and not a colonel. All actions of any govt, both at home & abroad, must b based on rule of law.

Rouhani’s office has used the President’s Twitter account to publicize the move, saying that Afkham was appointed because of her skills and knowledge and noting that she has a “background affording her strong understanding of the world today”.

Appointment of Mrs Afkham just one step in Government of #Prudence and #Hope's campaign to empower and elevate women in #Iran.

Rouhani also used the opportunity to talk about women’s rights:

Proud to see our talented, committed and hardworking women active in government. Govt of #prudence & #hope to elevate role of women in Iran

The office of former President Mahmoud Ahmadinejad has denied that his 1st Vice President Mohammed Reza Rahimi has been arrested over a large insurance fraud.

MP Ali Motahari claimed on Wednesday that Rahimi had been charged over the long-running, multi-million-dollar Fatemi Street fraud case, and Iranian media said the former Vice President was being interrogated.

Head of Armed Forces: Attack on Syria “Will Draw the Zionists Deep in the Fire”

General Hassan Firouzabadi, the head of the armed forces, has joined the graphic warnings to Israel,
“Any military measure against Syria will draw the Zionists deep in the fire.”

Firouzabadi did go beyond the Israeli in his comments, “This will be a huge damage to the human community and its effects will not be merely limited to the Muslim community.”

However, he returned to the main targets of his proclamation, “The US, Britain and the rest of their allies will suffer greatly by deploying their military forces to the region and Syria.”

Fars, linked to the Revolutionary Guards, adds that there will be a protest march on Friday of young “volunteers” want to fight against the Zionists in Syria.

President Rouhani’s office has returned to his theme of “prudence” — complete with a hashtag — over the Syrian conflict:

As I’ve said in the past, I’m a lawyer and not a colonel. All actions of any govt, both at home & abroad, must b based on rule of law.