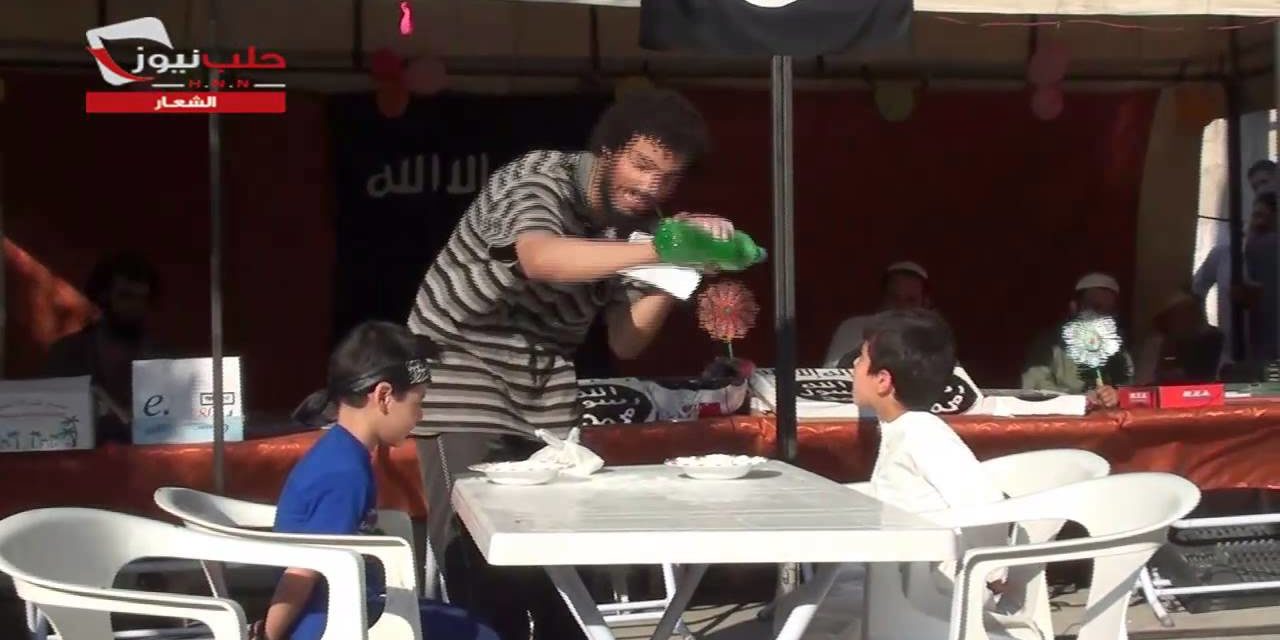 While media coverage of Islamist faction Islamic State of Iraq and As-Sham in Syria has focused on that group’s military and political activities, a series of videos posted this week gives a glimpse into how the group is attempting to win over local hearts and minds.

These videos show the group running a Ramadan event for children, apparently in Aleppo. The festivities include a speech by a foreign fighter who explains why he has come to Syria to fight against Bashar al-Assad, a Quran competition for girls, a friendly tug-of-war between the Islamic State of Iraq and Islamist faction Jabhat al-Nusra, and a competition for boys involving having them attempt to eat a bowl of what looks to be cream, without using their hands. The festivities are fully branded to the Islamic State of Iraq, with a table at the event displaying logo-ed Islamic State of Iraq products, including what seem to be posters or banners.

This video shows the MC — who introduces himself as Abu Waqas from Tunisia, and who is also the foreign fighter who introduced the day by explaining his reasons for coming to Syria as part of the Islamic State of Iraq — encouraging two small boys in the hands-free cream-eating feat. The crowd, mostly children, appear excited by the competition — before the boys begin eating, the MC calls out “Takbir!” and has the crowd give its response of “Allahu Akbar!”:

Events for girls are somewhat more serious. In video of the same event — later removed from YouTube — a young girl, clad modestly in a hijab but with an Islamic State of Iraq headband, shows off her ability to recite the family tree of the Prophet Mohammad:

Adults are not excluded from the fun. In this video, two groups of men — named as from Jabhat al-Nusra and the Islamic State of Iraq — compete in a tug of war: