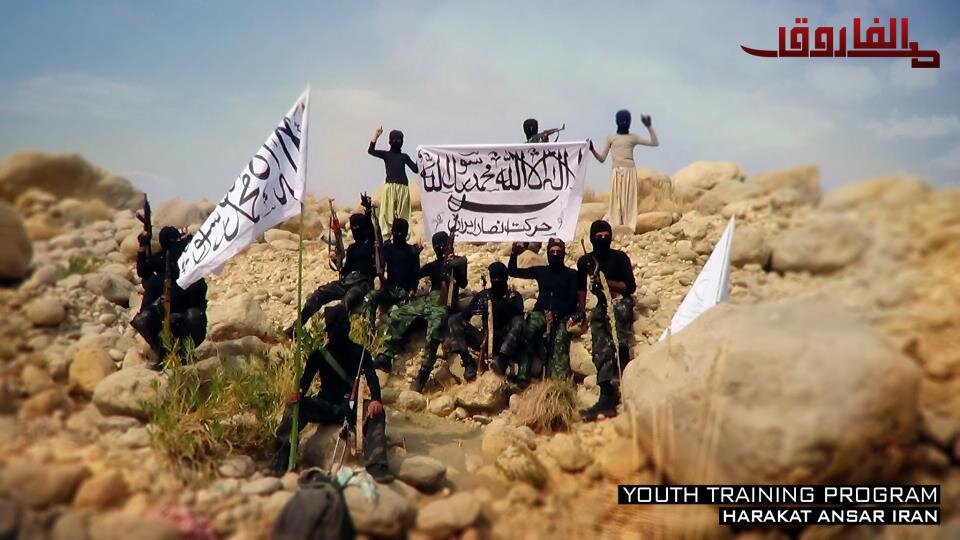 The spokesman for Harakat Ansar Iran, a separatist group based in Iran’s predominantly Sunni Sistan and Baluchestan province, has appeared on a Saudi-based pan-Arab satellite channel calling on Sunnis to support the group by sending arms.

This clip from Wesal TV, uploaded earlier this month, includes footage of Abu Hafez al-Baluchi speaking to the host:

HAI called on Sunday, via an English-language blogpost bylined to “Nasser Balochi”, for supporters to spread the word about the group via social media.

Balochi discussed the concept of “media mujihideen” — the idea that activists can also take part in jihad through spreading messages via the media, particularly new and social media:

Media in Jihad is something every Muslim can participate in easily by using social media. It requires very little resources, very little effort, yet the reward is tremendous.

Today, something as small as a “like” or a “share” can make a message go viral and can reach hundreds and thousands of people. Subhan Allah! With just one click of a button.

Balochi asserted that activists not only raise awareness, but also directly affect jihad on the ground:

But there is an even greater advantage that most Muslims are unaware of, and that is that media in Jihad DIRECTLY contributes to victory on the battlefield by giving us an unimaginable advantage over our enemies.


HAI maintains a heavy Twitter presence in both Arabic and English — although not in Persian — and Facebook pages and blogs in English, Arabic, and Persian.

The Twitter account maintained by Abu Hafez al-Baluchi — or more likely, run in his name — posts various images, some of local scenes in the mountains of Sistan and Baluchistan, including of HAI fighters:

Other images reflect a wider jihadi ideology that may not be shared by HAI fighters on the ground, including this recent image glorifying Osama Bin Laden:

Some images reflect HAI’s struggle against the Iranian Shia authorities, but also a wider sectarian and anti-Iranian sentiment that transcends the local cause in Sistan and Baluchistan:

HAI’s public relations activities — particularly on social media, including Twitter and blogs — appear to have been outsourced to activists outside of Iran and reflect a wider trend of local insurgent groups connecting up with a wider cause while continuing to act locally.

I noted previously that:

The Sistan-Baluchestan separatist movements — particularly Harakat Ansar Iran (HAI) — differ from their predecessor Jundullah in that they are far more outward-looking and have connected their cause with wider Sunni causes.

HAI, for example, maintains a blog in Persian, as one would expect, but reaches a wider audience through sites in Arabic and English. The Persian website focuses mostly on local issues in Sistan-Baluchestan, such as setting up an anti-narcotics wing to combat drug trafficking and addiction in the province. HAI also used its Persian-language blog to announce its cooperation with Pakistani group Sipah-e Shahada.

Aimed at a different audience, the Arabic and English sites look beyond the group’s regional goals and discuss wider issues of Sunni-Shia sectarianism. (HAI’s English site is currently suspended but the group continues to publish English-language content on its Persian blog, a sign of how important it is to HAI to be a part of the English-language “Jihadosphere”.)